‘Palomar made it possible for me to advance as a tradesman’ 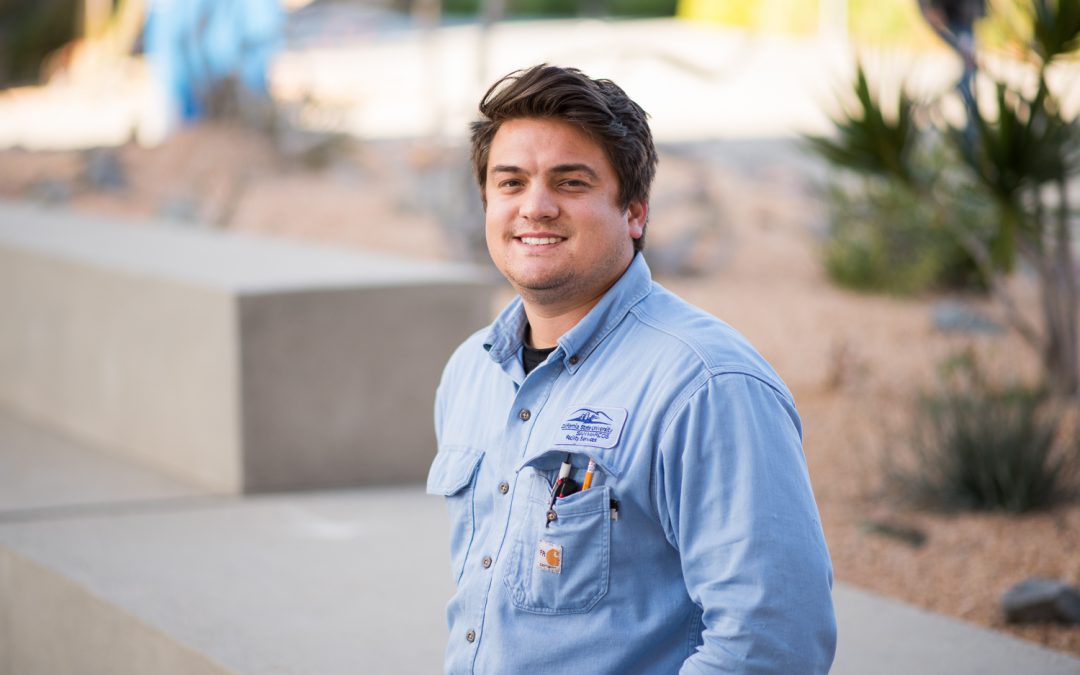 He was more than halfway to earning his bachelor’s degree in Sociology and Criminology, but he enjoyed being part of the team of technicians and engineers who oversee and maintain crucial systems like heating, ventilation and energy on campus.

With no other trade experience besides his years at CSUSM, he enrolled in Palomar’s Pre-Apprenticeship program, which provides trade workers with a foundation in construction, safety and tools, and meets at the San Marcos Adult School.

“I decided to join the Pre-Apprenticeship program to get familiarized with tools and to benefit my career in general,” said Wilson. “I learned a lot.”

Shortly after completing the program, a position opened up at the university and he applied, citing his Pre-Apprenticeship experience at Palomar on his application. He got the job and, in the same month, got married.

Now he’s a Controls Specialist Apprentice at CSUSM—a four-year union apprenticeship that, upon completion, will certify him as a journeyman. He compares his current apprenticeship to the process of earning an undergraduate degree in his trade.

“The university employs two Controls Specialists, who control everything from lighting to ventilation on campus,” Wilson explained. “What really intrigued me was the potential to advance. Being in the department for a few years, I could see a future for myself as a Controls Specialist. My goal is to one day become a lead or maybe the chief engineer on campus.”

Looking back, Wilson said he doesn’t have any regrets about changing career paths halfway through college: “When I first started at the university, my goal wasn’t to work in a trade. My goal was actually to become a police officer.”

He was accepted into the California Highway Patrol Academy in Sacramento, but due to the required seven-month separation from family, he chose a different path. Today, he said, he’s one class away from earning his Criminology degree, but considers his apprenticeship his primary education.

Wilson represents a growing number of success stories in trade and industry education at Palomar College, which is preparing skilled workers to meet the demands of San Diego’s economy.

From starting out as “the guy who held the tools,” Wilson said, “Palomar made it possible for me to advance as a tradesman.”