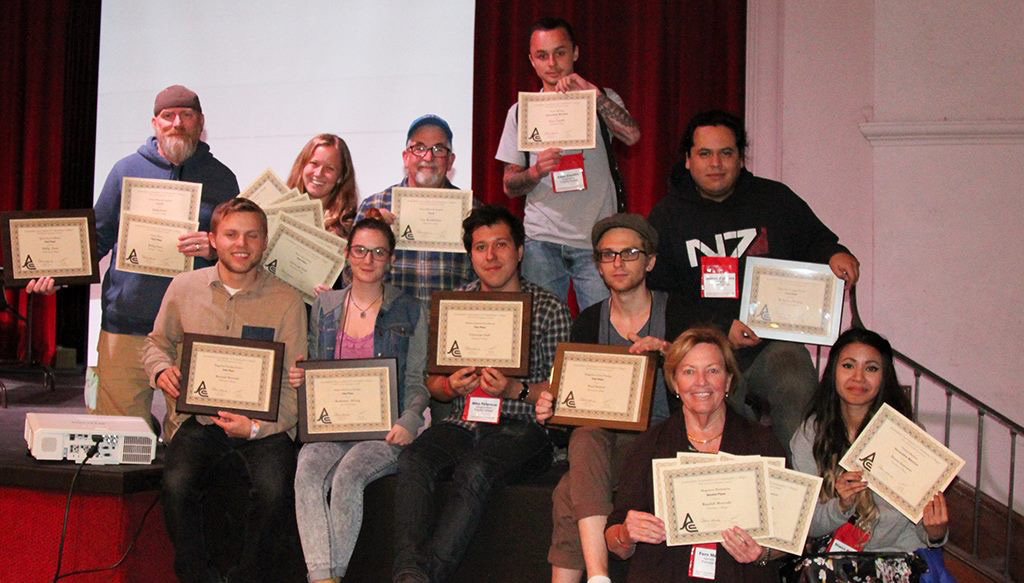 SAN MARCOS (November 30, 2015) – Palomar College’s Telescope newspaper and Impact magazine received more than 20 awards combined at  a recent conference hosted by the Journalism Association of Community Colleges (JACC), an organization which brings together members of community college journalism programs from across California.

Twelve members of the Telescope staff attended the one-day conference at Fullerton College on Nov. 14, where they competed in contests against other colleges from the Southern California region, attended lectures, and networked with other student journalists. The day concluded with an awards ceremony, resulting in an impressive showing for Palomar College.

“It’s hard not to brag,” said Telescope adviser Erin Hiro, who attended the conference along with the students. “These awards reflect the great work our students are producing, for both the Telescope and Impact — we are so proud,” she said, speaking of herself and Sylvia Mendoza, Impact magazine adviser for spring 2015.