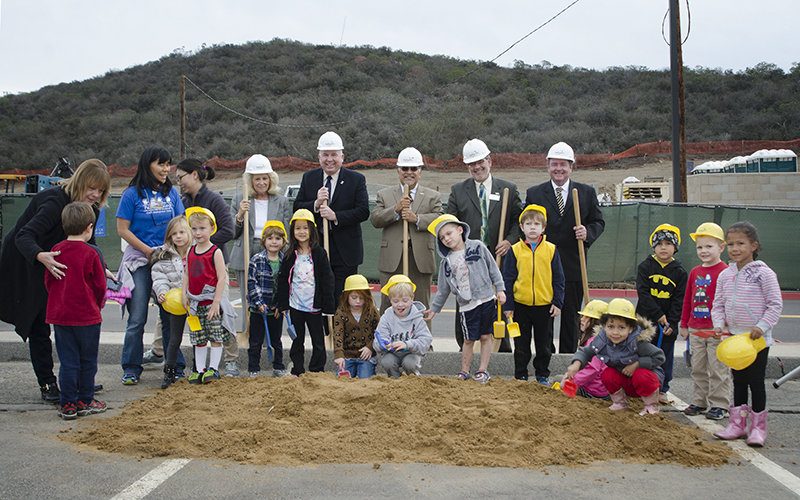 Deegan officiated at the event, which featured comments from McNamara, Assistant Superintendent/Vice President of Instruction Berta Cuaron, and the current Dean and Dean Emerita of Social and Behavioral Sciences Dr. Jack Kahn and Judy Cater, respectively.

Professor of Child Development and Liaison to the ECELS, Diane Studinka gave the keynote address.

The new 70,000 square-foot facility will include three buildings, housing seven classrooms along with offices and other designated rooms; plus five play yards with slides, tunnels, bridges, climbing ramps and more.  The new ECELS facility is designed to accommodate 123 persons including staff.

Built with funds from Proposition M, a bond measure approved by voters in November 2006, the ECELS is expected to be completed in fall 2015.

In addition to the ceremonial groundbreaking and photographs with different groups including Governing Board members with children who attend the existing Child Development Center, local government and education officials, the grand opening event included a lunch of kid-friendly foods.