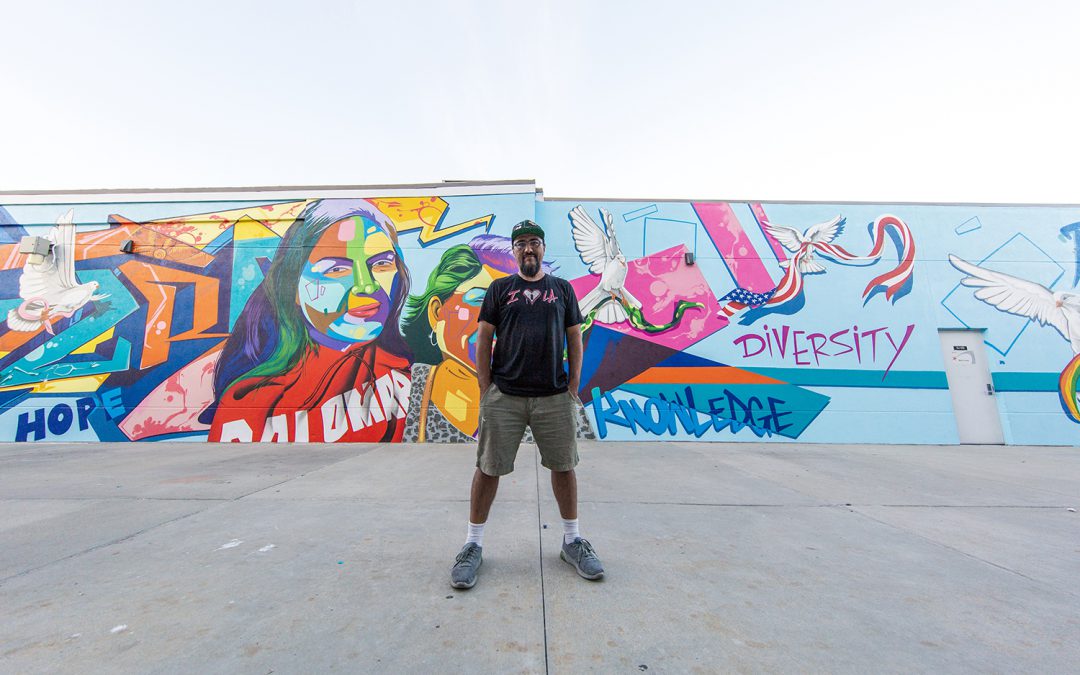 Honoring the college’s legacy of diversity and inclusion, the painting on a wall at the Student Union was dedicated in an afternoon ceremony. Officials say the project, featuring a mother and daughter who attend Palomar, was a year in the making.

SAN MARCOS, CA ― Officials and guests of Palomar College gathered at the Student Union on Tuesday, May 14 for the dedication of the college’s newest piece of art. Stretching 106 feet across the wall of the Student Union, the mural by world-renowned street artist Man One is a visually stunning tribute to Palomar’s diverse student body and rich cultural heritage.

“This vibrant piece of art has been a long time coming,” said Superintendent/President Dr. Joi Lin Blake. “It captures the spirit of diversity that Palomar College embraces, and we are proud to honor our students, faculty and staff with such a beautiful piece of artwork.”

Tuesday’s ceremony featured brief remarks by President Blake, Man One, Director of Student Success and Student Equity Olga Diaz, and Rocío Llamas, who is depicted on the mural with her daughter. Llamas spoke about the importance of education, and shared that she is encouraging each of her 12 grandchildren to attend college.

“It was great working at Palomar—everyone was really open and easy to work with,” said Man One, who spent a year planning the piece before painting it last month, finishing on April 13. “All around, there were really good vibes the whole time I was painting—the students were behind the project, they identified with what I was doing.”

The mural occupies more than 1,500 square feet of wall space—“The bigger the canvas, the better,” said Man One—and overlooks a courtyard at the Student Union that will soon be outfitted with shade sails and market lights.

“This mural is a reflection of what the Palomar community thinks of itself,” said Diaz, explaining that “all of the words, the images and the concepts that are depicted were based on suggestions from the campus community.

“I’m amazed at the vibrancy—not just the colors, but the content,” Diaz added. “At 106 feet long, it’s the largest mural we have on campus, and everyone is really happy with it.”