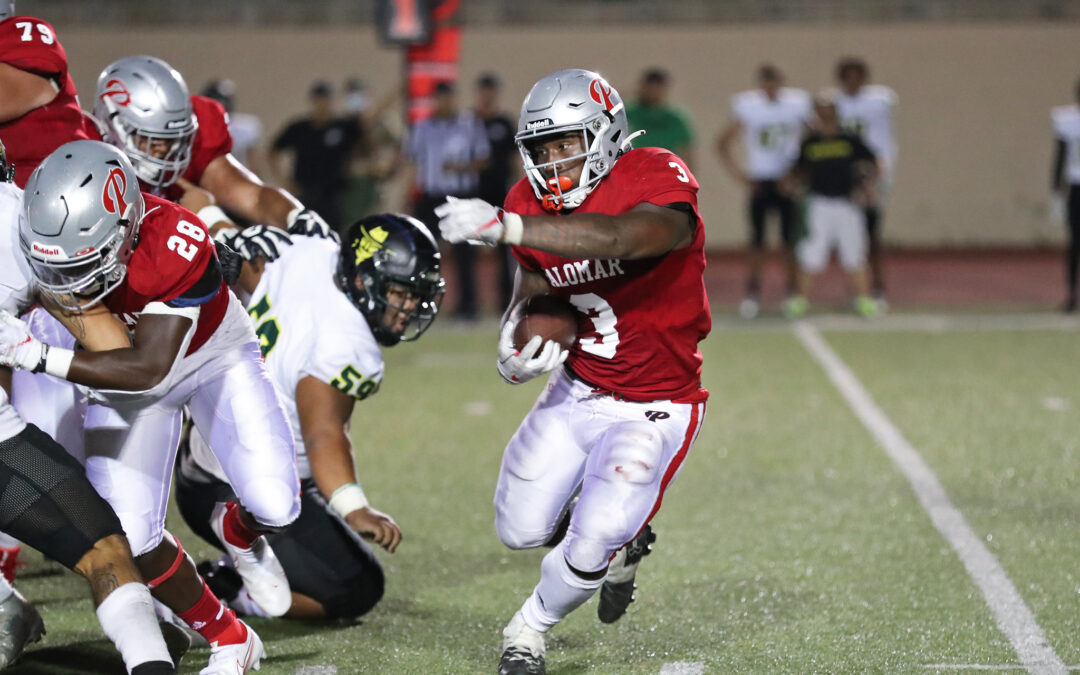 The “Winter Festi-Bowl,” sponsored by Chick-fil-A, is scheduled for 3 p.m. on Saturday, December 4, 2021 at Escondido High School.

ESCONDIDO — The Palomar College Comets will take on the Santa Barbara City College Vaqueros in the first “Winter Festi-Bowl” at Escondido High School on Saturday, December 4, 2021.

“It should be a great game. We are playing to get to 6 and 5, and hopefully crack the top 15 teams in the final state rankings,” said Palomar College Athletic Director Daniel Lynds. “The team has been practicing under the lights, and I think they’re ready to go.”

Sponsored by Chick-fil-A, the game will feature a halftime raffle with three attendees selected for a chance to kick a short field goal and win a year’s worth of meals from the popular food chain.

“There are two bowls that Chick-fil-A sponsors in the whole country—one is the Peach bowl, in Atlanta,” said Lynds. “So we love having them as a partner, and we can’t wait to get this game going.”

Admission: $12 full-price; $8 for seniors, military and children through 8th grade

“It is the only bowl game in So Cal this year to have a title sponsor, and Chick-fil-A is doing more than just putting their name to it—they’re actually running the concessions, so you’ll be able to get your Chick-fil-A food at the game,” he said.

Palomar has hosted bowl games in the past, but not for at least a decade, Lynds recalled. The Comets finished this regular season with 5 wins and 5 losses, posting a 3-2 record in the competitive National – Central division.