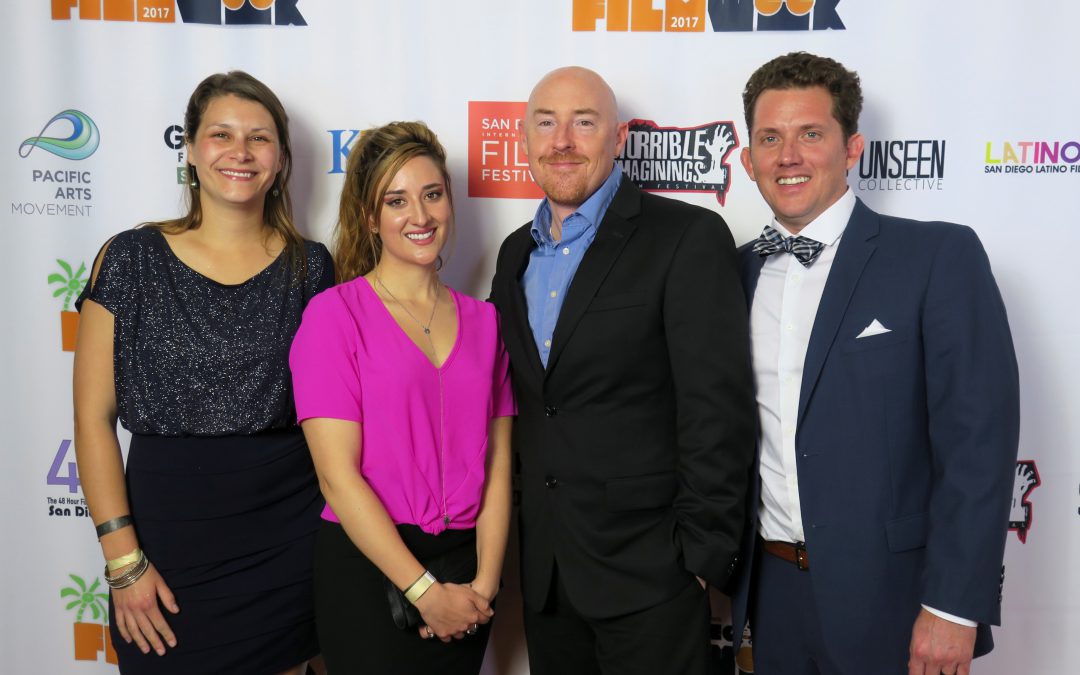 San Marcos, CA (February 13, 2017) – Award Season is alive and well at Palomar College this year. While Hollywood stars prepare for Oscar parties and do the talk show circuit, Palomar College Television (PCTV) students and staff members are getting their share of accolades for Palomar productions.

Two documentaries and a commercial produced by Palomar College are being shown at San Diego Film Week, Feb. 10 – 19, and one of the documentaries won the IndieFEST Film Awards 2016 Humanitarian Award.

The commercial, about Palomar’s digital broadcast arts program, will be shown on Monday, Feb. 13 at 8 p.m. at the Museum of Photographic Arts in Balboa Park. http://sdfilmweek.com/2017/films/palomar-college/

The documentary, Joshua Tree: Threatened Wonderland will be shown on Wednesday, Feb. 15 at 8 p.m. at the Museum of photographic Arts. http://sdfilmweek.com/2017/films/joshua-tree-threatened-wonderland/

Another documentary, Breaking Point, about the Salton Sea will be shown Friday, Feb. 17 at 3:30 p.m. at the Digital Gym Media Arts Center. http://sdfilmweek.com/2017/films/breaking-point/

PCTV Producer/Director Bill Wisneski won the Humanitarian Outstanding Achievement Award from the IndieFEST Film Awards competition for his work on the Joshua Tree documentary. Based in La Jolla, the IndieFEST competition is now in its seventh year. According to their website, “The IndieFEST Film Awards is an avant-garde worldwide competition that strives to give talented directors, producers, actors, creative teams and new media creators the positive exposure they deserve. It discovers and honors the achievements of filmmakers who produce high quality films and new media…Our talented IndieFEST award winners have gone on to win Oscars, Emmys & Tellys.”

The letter Wisneski received informing him of the IndieFEST win read, in part, “Your production was hand selected by our judges and staff, from the entire pool of entries to the competition throughout 2016, as a film that represents both the spirit of humanitarianism combined with quality filmmaking craft…We firmly believe that film can make impactful changes globally and the IndieFEST Humanitarian Awards are designed to give recognition to those illustrious filmmakers whose craft and message enlightens and inspires audiences to make a difference!”

“We are very proud that our productions are receiving this kind of attention and recognition,” Wisneski said.