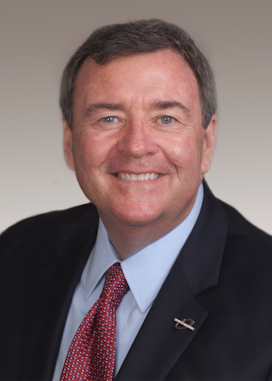 First presented in 1986, the “Buttimer” award is the Association’s oldest and most prestigious recognition.  Named for the late Harry Buttimer, a founding member of ACCCA, the award symbolizes the qualities that he was known for–integrity; principle; compassion; strength in leadership; contributions to colleagues, their profession and their college district and community.

Deegan has served as Palomar College President since 2005. His more than 35-year history in higher education started in 1980 at Irvine Valley College, but also included serving for six years at Santiago Canyon College as their Vice President of Student Services.

At Palomar College, he has focused his presidency on addressing the changing educational needs of students and the community. He has worked extensively with campus leaders to develop a collaborative environment to support the college’s mission of student access and success. Under his leadership in his early years at Palomar College, Deegan successfully secured Proposition M, a $694-million general obligation facilities bond measure, one of the largest at any single-college district in the state.  Funds from the bond have been providing a renaissance to the previously outdated campus facilities, providing a bright future for San Diego North County residents.

“This recognition from my peers means so much to me and I am honored to receive this prestigious award,” Deegan said.   “When I look through the list of all the previous Buttimer recipients, I am deeply touched by having my name added to that distinguished group.”

“This award is well-deserved,” stated Dr. John Halcόn, Palomar Community College District Governing Board President.  “Bob has contributed so much to the students, the college and the whole community.”

In addition to Deegan’s Buttimer award, ACCCA also honored Palomar College Student Affairs Director Sherry Titus with the Leadership Award for Administrative Excellence.  ACCCA presents four awards at their annual conference and this is one of the first times in the organization’s 40-year conference history that two administrators from one college have been honored.