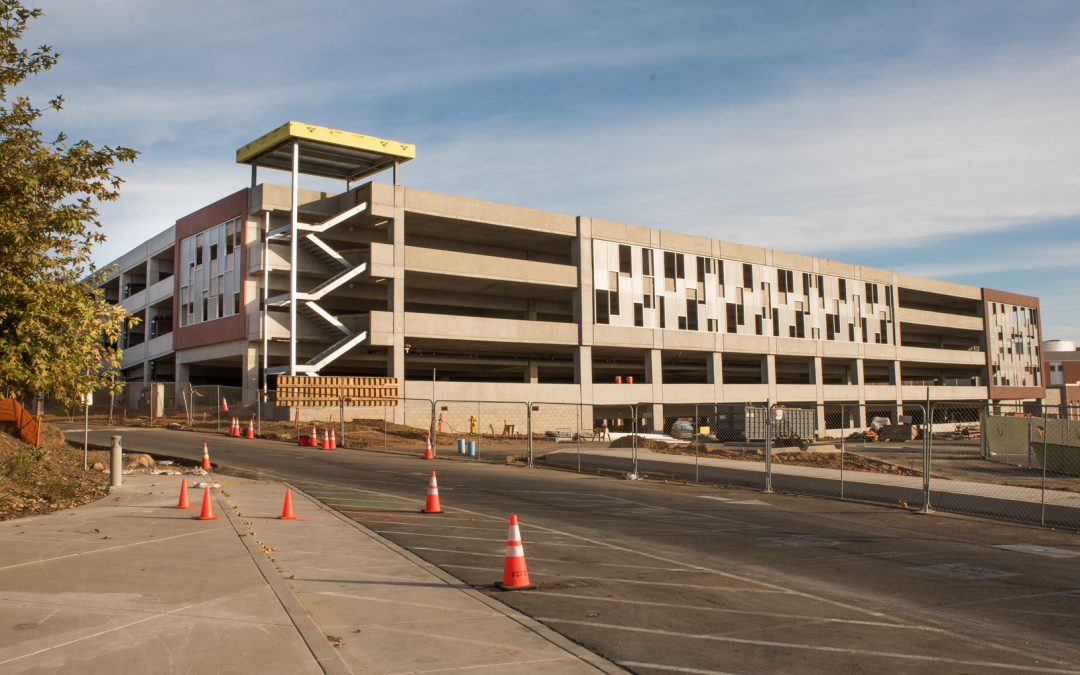 San Marcos, CA (December 22, 2017) –  As finishing touches are put on a new five-story parking structure at Palomar College’s San Marcos campus, officials are preparing the college and outside community for changes in campus roadways and parking availability.

Dec 18, 2017- January 5, 2018.  During this time period, construction continues on the southeast portion of the Parking Structure and adjacent Police Station (the Police Station will be completed later in spring 2018). Existing handicapped-designated (ADA) spaces near the construction site will not be available for use during this time. However, 10 ADA spots are available during construction – they are located at the west end of the Industrial Technology building (the northwest section of Lot 12). Approximately 30 ADA parking spaces will be available at the end of construction (Jan. 5, 2018).  Additional ADA parking can be found in lots 1, 2, 3,4,5,8, 9 and 15.

Dec 18-29, 2017.  The final completion of Comet Circle will take place during this time period, with the roadway constructed in phases. Traffic will be reduced to a single lane during these times.  The north side will be closed and paved first — including sidewalks, curbs and gutters. When the north side phase is complete, it will reopen and the south side will be closed for completion. Appropriate traffic control will be in place during this period.