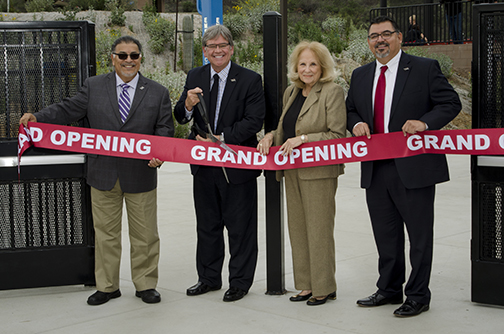 After the remarks, a ceremonial ribbon cutting, commemmorative group photographs and refreshments, guest were invited into the stadium to witness the first pitch of the opening day game. Retired Palomar College Superintendent/President Robert P. Deegan was asked to throw the first pitch, but he deferred that honor to Vetter.

The baseball field project was funded through Proposition M, a bond measure approved by voters in November 2006. The cost for construction was approximately $8 million.