Palomar College clocktower gets a facelift 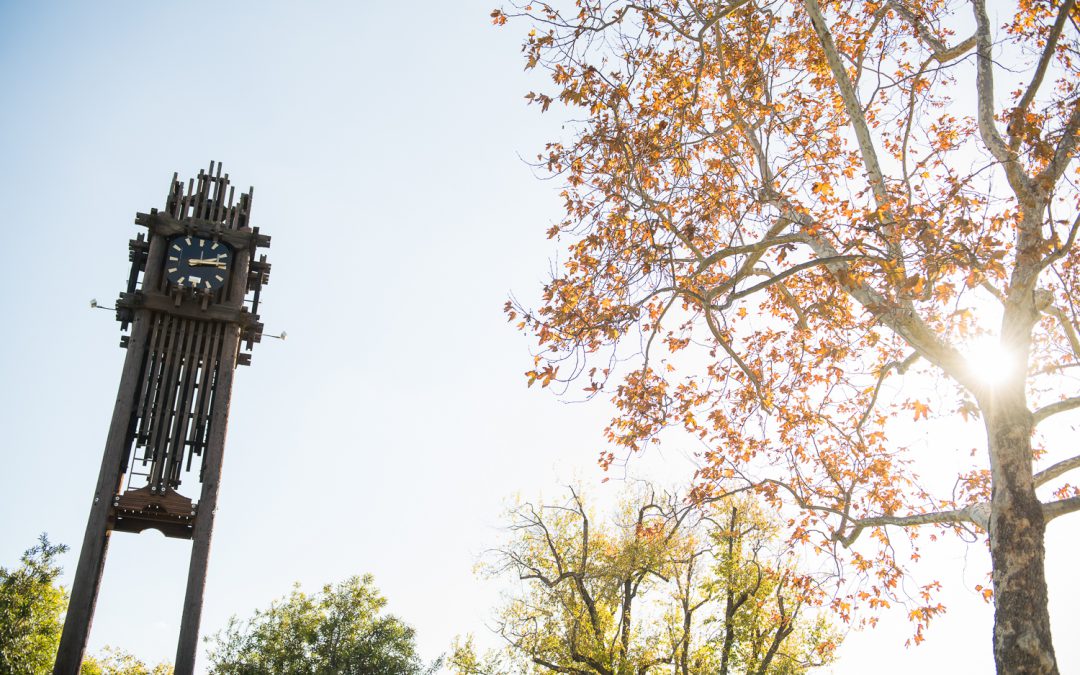 Forty-three years after it was originally built, the iconic timepiece is outfitted with new faces, digital recordings and a structural overhaul in a recent renovation.

SAN MARCOS — For more than four decades, the clocktower at Palomar College has stood as an icon and a meeting place, keeping time and sounding off the hours across a campus that has seen tremendous growth and transformation.

Earlier this year, as part of a much-needed renovation, the landmark went silent as crews removed damaged clock faces, renovated the substructure and overhauled the public address system that plays the familiar chimes.

Last month, the clocktower came back to life with new faces, hands, gears, motors and a digital system for playing songs that had gone silent in the months leading up to the renovation.

Supervisor of Building Services Jeff Bennett, who coordinated the project, describes the former state of the clocktower: “One of the hands had fallen off on the north side, and a couple of the faces had holes in them. So it was time.”

Bennett said the project ultimately went to the same contractor, Mass-Rowe Carillons, that built the tower back in the mid-1970s.

“It’s kind of an art, and a clock builder is an artist,” said Bennett. “I’m used to working with contractors, but with a clock person, it’s kind of like working with someone painting a picture—they were working on getting all the hands perfect and all the numbers perfect on the faces.” 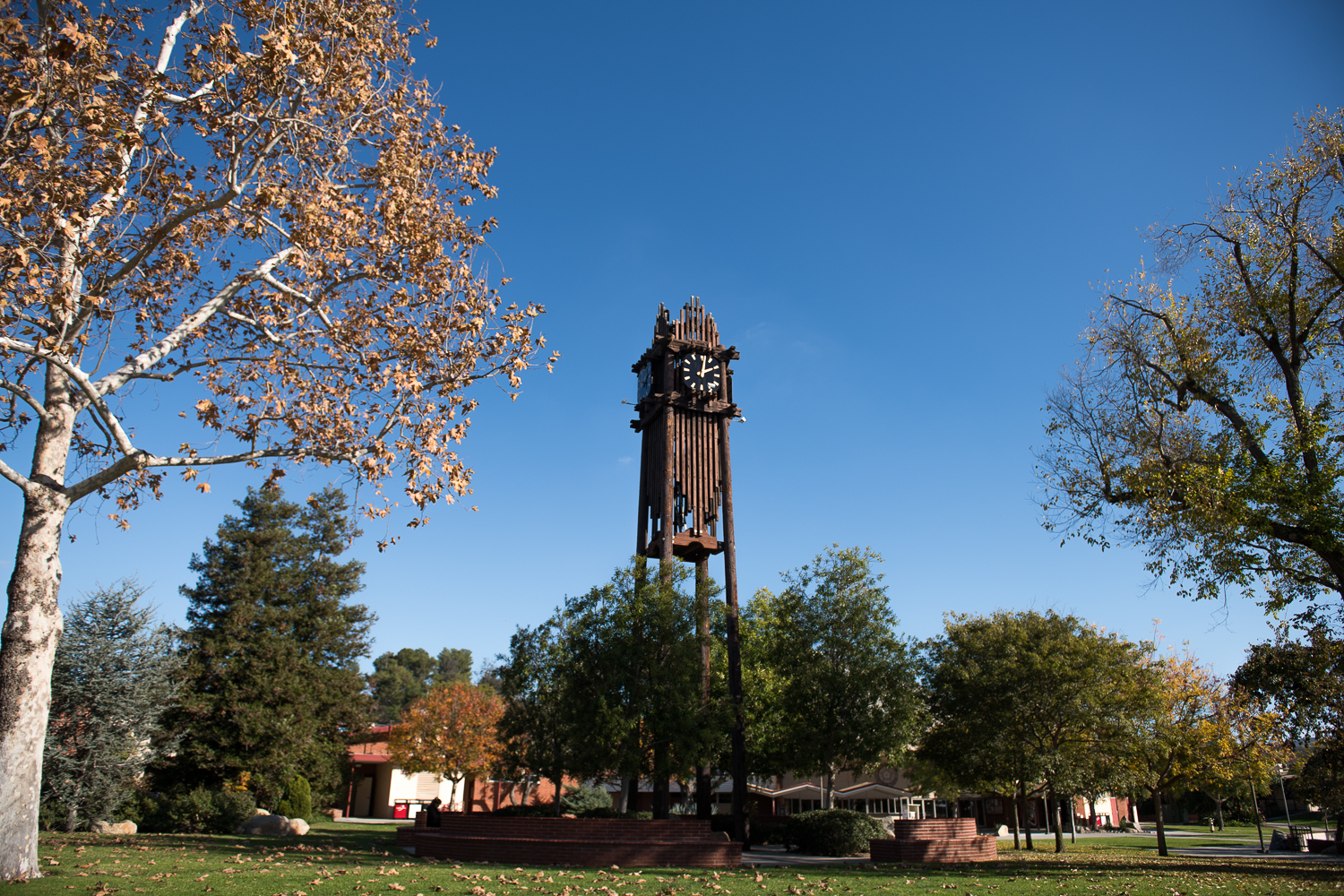 Easily one of the most recognizable landmarks at the college, the clocktower rises out of a stand of four water gum trees encircled by brick benches and lawns, and is flanked by a tall old English elm and a sycamore.

Bennett said it was soothing to hear the hours chiming again once the clocktower went back into service.

“I think it’s great to have here,” he said. “It kind of livens up the place, tells you when class is in. It breaks up the monotony of the day. For me, I’m working all over, and you never know what time it is. So you hear the clocktower and you know it’s time for lunch or whatever.”

As for the jukebox-like selection of songs that plays in chiming tones four times a day—five minutes before 8 a.m., 10 a.m., noon and 2 p.m.—Bennett said the old collection was preserved on a USB drive housed in a new sound system inside the nearby Student Services building. (The standard hourly chimes sound off from 7 a.m. until 10 p.m.)

According to a plaque at the base of the tower, the structure was designed by former Palomar Art Instructor Harry Bliss and built in October 1975. The brick benches encircling the tower, known as Carillon Court, were added in 1992. 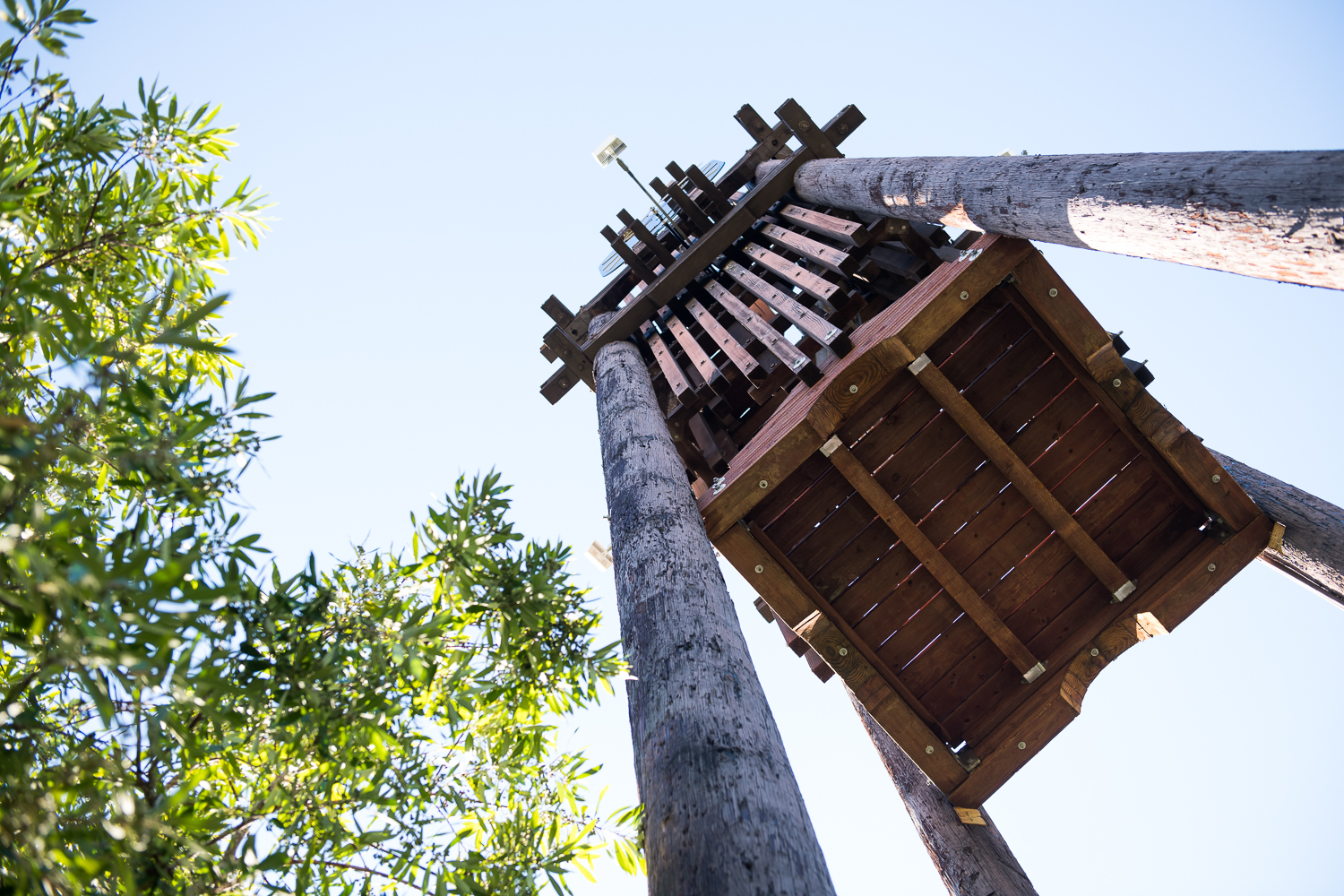