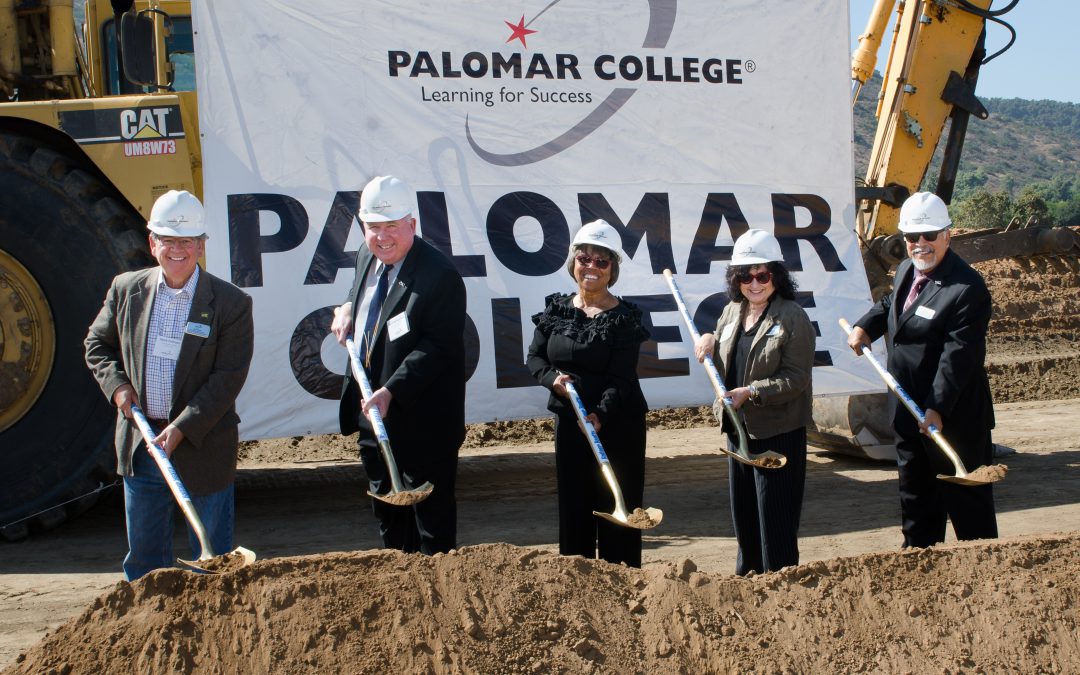 The District purchased the approximately 80-acre property located in the general area of I-15 and Hwy 76 (on Horse Ranch Creek Road) in June 2007.  The North Education Center is planned to be built in phases. The first phase, called the Interim Village, will consist of a complex of 18 modular buildings. Included will be: two Science labs, one computer lab, one large lecture classroom, six standard lecture classrooms, Library/Learning Resource Center, staff and student lounges, administration, and restrooms.

Initial construction will also include access roads with two entrances off of Horse Ranch Creek Road, as well as surface parking for 307 vehicles, lighting and landscaping.

Mass grading required for building out the entire property is currently underway.  It is estimated that this scope of work will require the moving of approximately 751,733 cubic yards of earth.  The site is considered a “balanced site” meaning no earth is either exported or imported.  All the earth moved stays on the property.

The site purchase and improvements are being funded with Proposition M general obligation bond funds. This $694 million bond was approved by District voters in November 2006.

Classes are scheduled to be offered at the North Education Center starting in summer 2018.