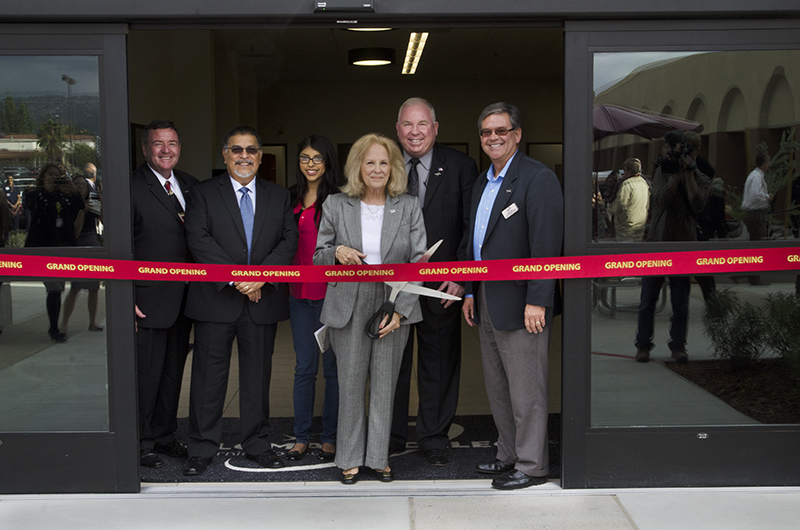 The newly-renovated Center, located at the corner of East Valley Parkway and Midway Drive, is home to almost 5,000 students. The property was first occupied by the College in 1990 in what was formerly the Ardan Building. The strip mall facility received Center status in 1995. The Escondido Center renovation was funded through Proposition M, a $694 million bond measure approved by voters in November 2006.

President Deegan officiated at the Grand Opening event, which included comments from Chadwick; Mayor of the City of Escondido Sam Abed, Palomar College Assistant Superintendent/Vice President of Instructional Services Berta Cuaron; and Gonzalez. Dean of Career, Technical and Extended Education Wilma Owens was the featured speaker for the event.