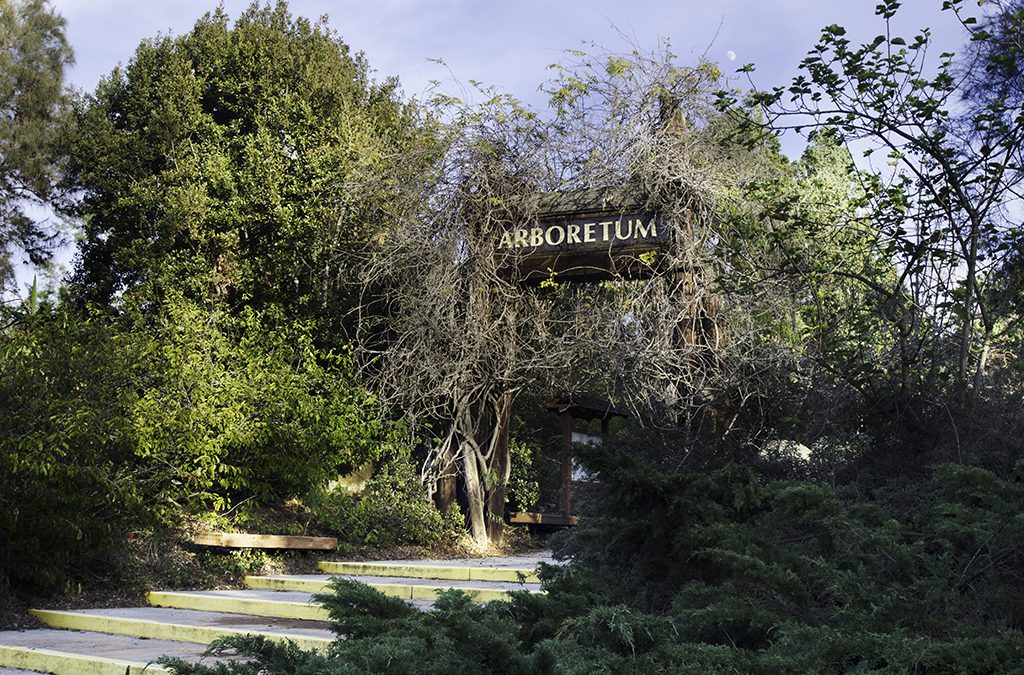 The Hunter Family and Hunter Industries are establishing a $500,000 endowment

The name change was announced at the College’s December Governing Board meeting along with news of the establishment of a $500,000 endowment from Hunter Industries and the Hunter Family Advised Fund-Rancho Santa Fe Community Foundation to the Palomar College Foundation. Hunter Industries offered $50,000 over a five-year period and the Hunter Family offered $450,000 over a five-year period – beginning in December 2015.

The children of Edwin and Frances, Ann Hunter-Welborn and Dick Hunter have been working with Foundation Executive Director Rich Talmo since June of this year on plans for the endowment and the naming of the arboretum.  “The Hunter Family has been a pillar of support to our entire community.  We are honored that they have chosen Palomar College for such a wonderful and generous gift,” said Palomar College Foundation Executive Director, Richard Talmo.

The Hunter Family believes in the preservation of forests and greenbelts and has requested that the endowment established in the name of their parents, Edwin and Frances Hunter, be utilized to increase the annual maintenance funds available for the Arboretum.  “Palomar College is such a vital asset to our community, and having walked through the arboretum, it’s clear this wonderful garden is important to students and is a value to the community.  Green spaces are crucial to the future of our world.” said Ann Hunter-Welborn.

“We are so appreciative to the Hunter family for this amazing gift, which will allow Palomar College’s arboretum to shine as the jewel it is for our community,” said Adrian Gonzales, Interim Superintendent/President.

Improvements to the Arboretum are part of Palomar’s Educational Master Plan 2022, funded in part by Proposition M monies, approved by voters in November 2006. The Hunter Family has requested that the planned Arboretum renovation be completed as soon as possible.