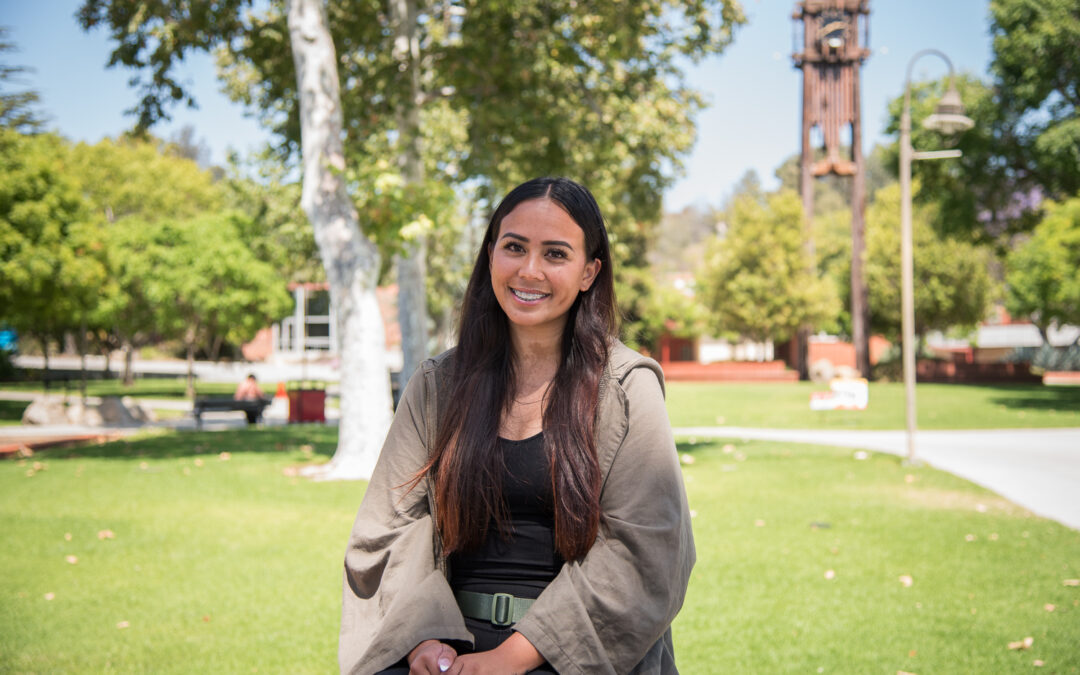 Caitlin Cunningham transferred from Palomar to UCLA, and was recently named to the university’s Bruin Business 100.

After graduating from San Marcos High School in 2015, Cunningham made her way to Palomar, and also found her first job as an instructor with Fit Kids, which provides activities that incorporate movement and encourage children to form healthy and active habits. She spent her free time teaching cheer, dance and art at schools across North County.

“I loved it, and when I transferred to UCLA, I would come back during the breaks and coach for Fit Kids to stay part of it,” she said. “I have always loved working with kids.”

So it was no surprise when, launching a business after college, Cunningham opened a Los Angeles County franchise of Fit Kids America. One year later, her company is serving five schools in Los Angeles, with plans to add seven more this fall.

This spring, she was named to the Bruin Business 100, a network of “exceptional UCLA alumni entrepreneurs” who serve the greater Los Angeles area as “founders, owners and visionaries.”

When she arrived at Palomar College in 2015, Cunningham—who is now 25 years old—did not know what she wanted to study: “I think I changed my major six times, but I knew I wanted to transfer to UCLA. That’s all I had planned.”

She did make her long-awaited transfer, in 2017, to major in Gender Studies and Sociology, and earned her Bachelor of Arts in 2019.

“Colleges are a great place to meet people, to be inspired by other people and feed off of each other’s ambition,” she said. “To me, that was what UCLA represented. But I found that first at Palomar. Being in a classroom setting, surrounded by other people exploring their passions or pursuing their goals—it’s really enriching to be around people like that.”

Cunningham said she has always felt like an advocate for Palomar: “When I was here, I would document every single day—I would post on social media about how much I loved it here, to the point where I think I influenced a bunch of other high school students to do the two years here. I’m an advocate for Palomar, and for community college itself.”

“I developed my leadership skills, and definitely my public speaking skills, at Palomar College, and I really loved the faculty here,” said Cunningham, who splits her time between San Marcos and L.A.

Fit Kids is an enrichment program that provides after-school classes, lunch-time plays, seasonal camps and other activities for kids ages 4 to 11 (although Cunningham said most of her students are in the 6- to 8-year-old range).

Cunningham said she plans to grow her business in L.A., which is in acute need of children’s fitness programs since, due to COVID, “so many students haven’t even had the experience of being on campus. It’s challenging, but at the same time, rewarding.”