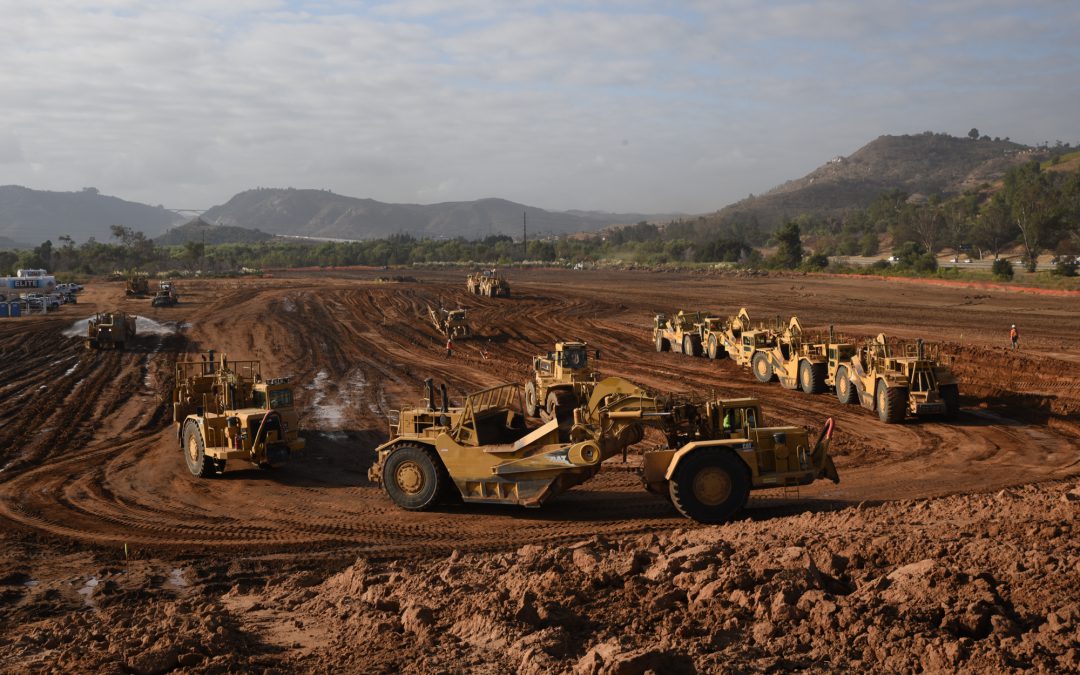 FALLBROOK — As a fleet of heavy machinery began moving the first of more than 750,000 cubic yards of earth in preparation for a new Palomar College location this summer, commuters had a front-row seat, following the progress from Interstate 15 as bare land took on new contours.

Some of the motorists stuck in rush-hour traffic on I-15 were Palomar’s own—students, faculty and staff who drive past the Fallbrook site to reach their classes or offices in San Marcos.

Beginning next summer, the college will drastically reduce commute times for many who drive from Temecula and beyond to attend Palomar when the North Education Center opens its doors for the first time.

In June 2018, when students begin arriving in Fallbrook, they will find a fully functional college center offering a range of classes in a brand new facility known as the “Interim Village.”

The college officially broke ground at the Fallbrook site on Friday, Oct. 13, in a ceremony that included Luiseño prayers by members of the Pauma tribe, song and dance by the Cahuilla Bird Singers, and presentations by college and elected officials.

“We have long been a partner in Fallbrook, with classes at Fallbrook High School,” Palomar College Superintendent/President Dr. Joi Blake said at the groundbreaking. “We also have many students who travel from Temecula and Murrieta to the San Marcos campus who will soon no longer have to travel as far down Interstate 15.” 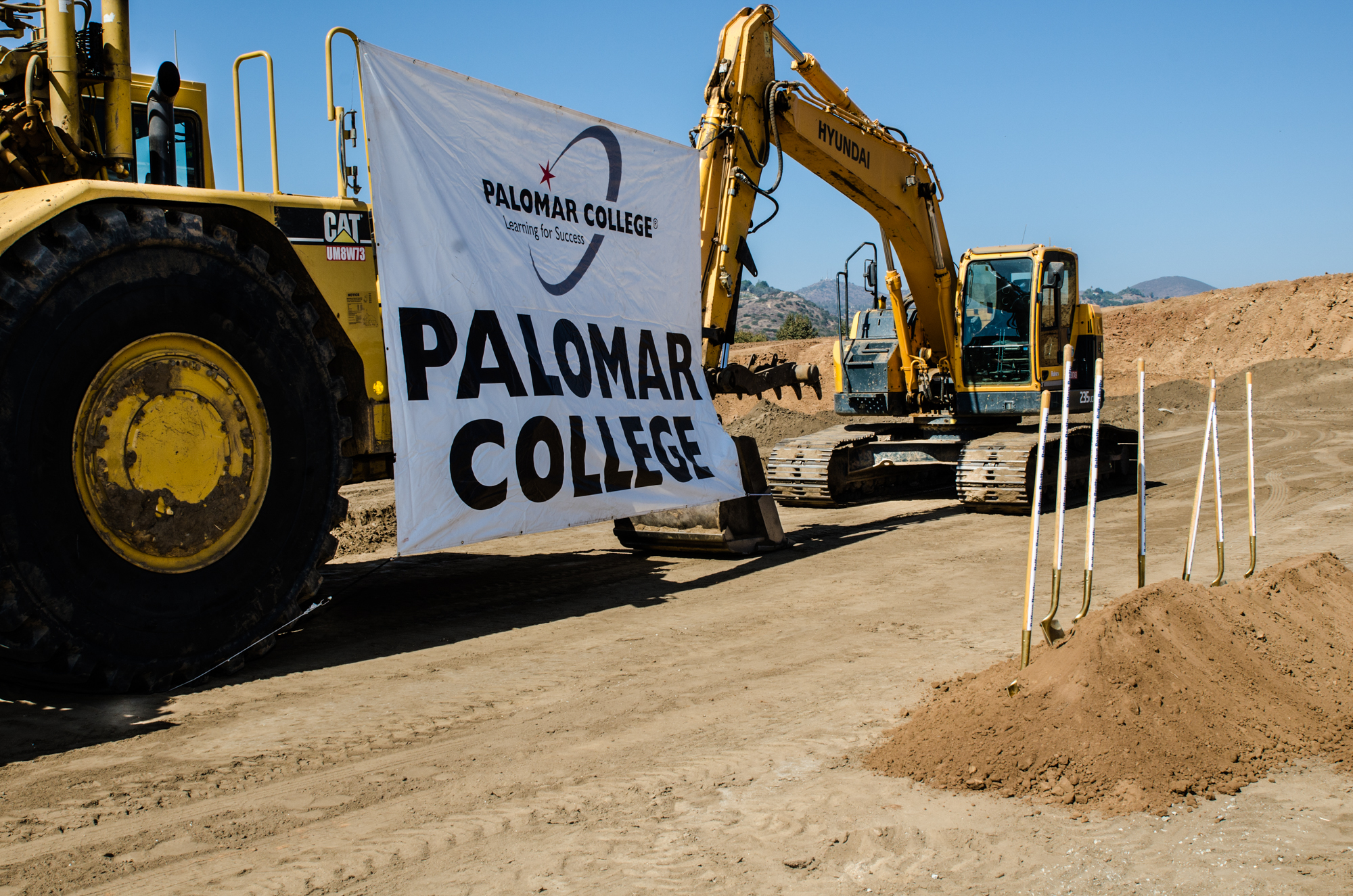 Located northeast of the I-15/Highway 76 intersection, half an hour north of the San Marcos campus, the North Education Center will continue to grow, both in terms of classes and facilities, after its 2018 opening.

The first-phase Interim Village is planned as a complex of modular buildings, including two science labs, one computer lab, seven classrooms, a Library and Learning Resource Center, staff and student lounges, administration space, and restrooms. There will also be parking for 307 vehicles, as well as lighting and landscaping, when the site opens next summer.

By 2020, the college plans to unveil permanent facilities with space for a growing student population from Fallbrook and Southwest Riverside County that is expected to choose the North Education Center because of its convenient location.

Chris Hopp, President of the Associated Student Government at Palomar and a resident of Temecula, said that the commute to and from San Marcos—a trip that students like him make every day—can be daunting.

“Depending on the day and the traffic, the trip can easily take over two hours each way and is routinely over one hour,” said Hopp, who braves the route five days a week. “That is 10 to 20 hours per week spent in traffic just to attend Palomar. The North Center, on the other hand, is half the commute or less.”

According to Assistant Superintendent/Vice President of Instructional Services Jack Kahn, the Interim Village will begin in summer 2018 by providing 25 of the most in-demand general education classes, including speech, psychology, health and history, among others. 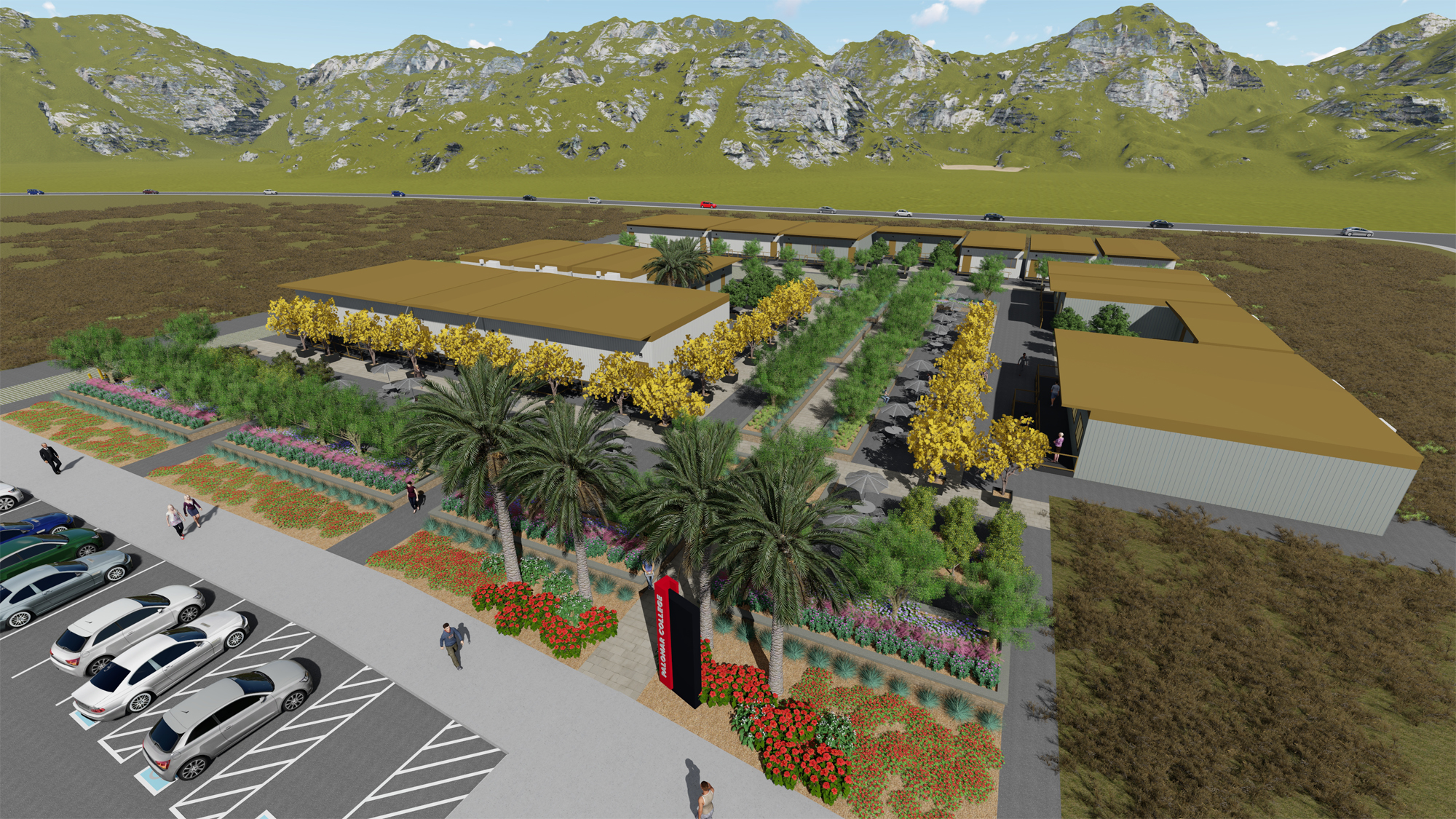 A rendering of Palomar College’s North Education Center, due to open in summer 2018.

In years to come, college officials plan to add a variety of other programs for the North Education Center. Public safety, agriculture, hospitality and veterinary science are among the courses currently being discussed, according to Kahn.

“I think it’s fantastic,” said Kahn, who is overseeing the development of educational programs at the North Education Center. “It’s very convenient for our community in the north, and also provides a beautiful environment for teaching and learning as well as access to a unique environmental setting for unique programming.”

For the students who will be able to shave at least an hour, and up to two, off of their daily commutes, the prospect of a northern location is exciting.

“Throughout my time at Palomar, I have based my class choices around traffic,” said Hopp. “The addition of a choice to attend a campus closer to my home would give me more free time to devote to my studies, the ASG, and my life outside of school.”