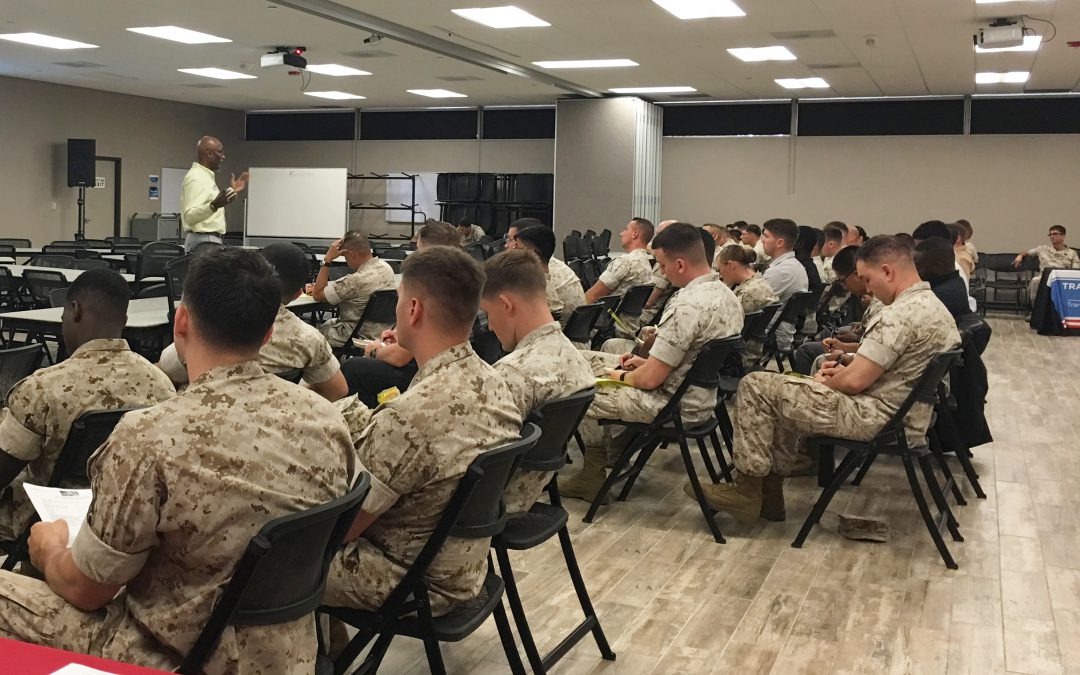 Palomar College has secured a nearly $500,000 grant to provide Marines in training with Palomar credit and 2,000 on-the-job training hours as part of the new Military Leadership Apprenticeship program.

SAN MARCOS, CA ― As soon as next fall, Marines at Camp Pendleton will be able to articulate their classroom time in US Marine Corps Sergeants School into Palomar College credit, thanks to a $499,643 grant from the California Apprenticeship Initiative (CAI). The new program, known as the Military Leadership Apprenticeship, or MIL, will also secure for each Marine who enrolls 2,000 on-the-job training hours for their time in Sergeants School.

According to Jack Kahn, Palomar’s Assistant Superintendent/ Vice President for Instruction, the grant includes support for college staffing and counseling for Marines in training, as well as internet hot spots and laptop carts for classrooms at Camp Pendleton and Twentynine Palms.

“Palomar serves one of the largest populations of active-duty Marines and veterans in the state of California—including those at Camp Pendleton—and we are proud to help these leaders in training get all the credit they deserve for defending our freedoms while they spend time in the classroom,” said Palomar College Superintendent/President Dr. Joi Lin Blake.

According to the Marine Corps, Sergeants School is a “primary-level course for Marine Sergeants (E-5s)” focused on equipping Marines “to serve as ethical leaders, professional warfighters, critical thinkers, and sound decision makers.”

The grant was made by the CAI—which is administered by the California Community College Chancellor’s Office—through its New and Innovative Grant program. It spans two calendar years, from 2020 through 2022, and will be expanded from Camp Pendleton to include Twentynine Palms in 2021.

According to the CAI’s website, “Registered apprenticeship is a key facet and focus of the California State Workforce Plan. Apprenticeships will be a key strategy and component in enabling the State to achieve its goal to produce a million ‘middle skill’ industry valued credentials between 2016 and 2026.”