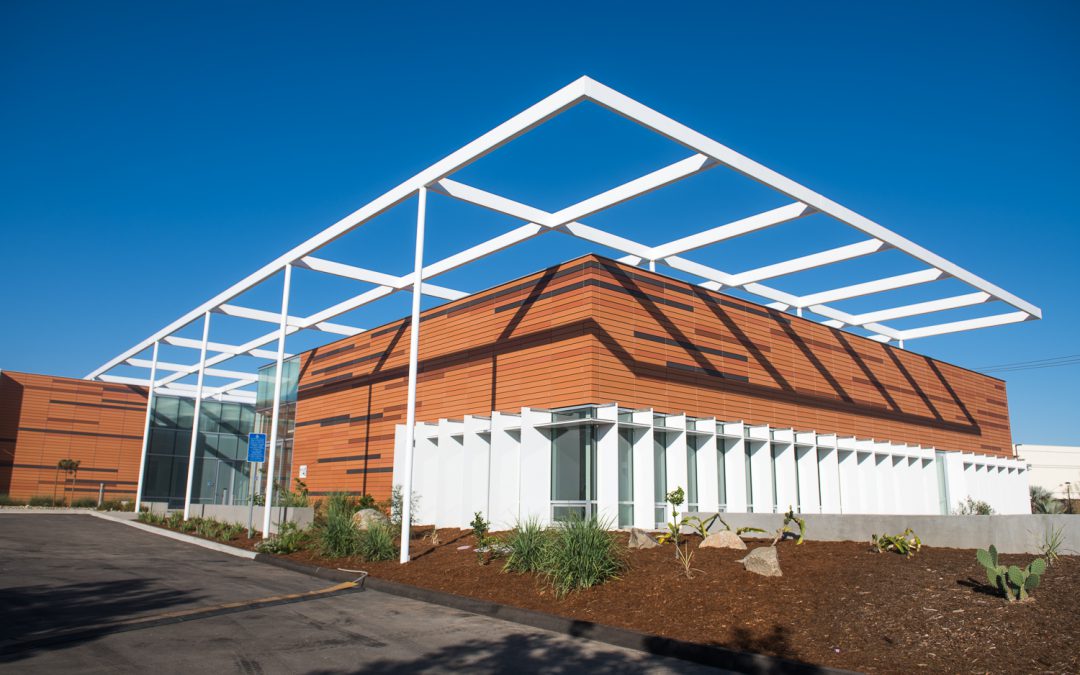 Already widely recognized for its stunning and innovative design, Palomar College’s new Maintenance & Operations building is named one of the top 20 projects in the U.S. by Engineering News-Record Magazine.

SAN MARCOS, CA ― After a yearlong streak of design and engineering awards, the soon-to-open Maintenance & Operations (M&O) building at Palomar College has now added a national award to its growing list of honors. Out of more than 800 entries, M&O joined 19 other projects around the country as ENR’s “Best of the Best,” prestigious national recognition that was announced on Monday, Jan. 7, 2019.

Previous honors include “Best Green Project” in Southern California by ENR as well as awards for engineering and technological innovation—all before the building opened its doors to the public. The staff is currently scheduled to move into the building in February, and a public ribbon-cutting is planned for March.

The facility will be highlighted in ENR’s March 11 issue with the other national winners, one of which will be featured on the cover of the magazine as “Project of the Year.” The award will be presented during a March 22 ceremony in New York City.

ENR editor Scott Blair wrote that the projects selected represent “the pinnacle of design and construction achievement in the entire U.S. among projects completed between May 2017 and May 2018.”

Prior to the ENR event, on Feb. 7, the college will receive an Honor Award at the American Council of Engineering Companies (ACEC) “Engineering Excellence” banquet in San Francisco. With this win, the M&O building is automatically entered for the ACEC’s highest honor, the Golden State Award.

As a “Net Zero” project, M&O will be the first community college building in the world to earn Living Building Petal certification, and was designed to achieve the equivalent of LEED Platinum status. On the average day it will generate 105 percent of its own energy demand, making it a Zero Net Energy building.