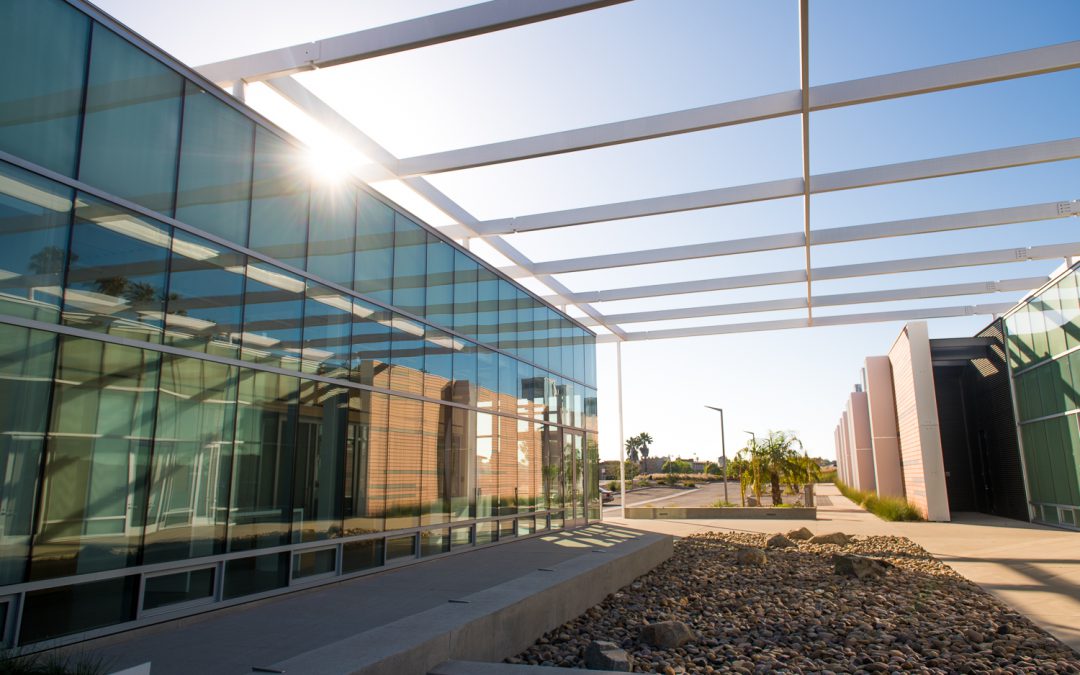 Set to open in early 2019, the innovative and energy-efficient Maintenance & Operations complex has earned its second and third design awards.

SAN MARCOS, CA ― With back-to-back design awards in November and December, the new Maintenance & Operations (M&O) building at Palomar College added to its portfolio of industry honors, which began with “Best Green Project” and now includes awards for engineering and technological innovation—all before opening its doors to the public. The staff is currently scheduled to move into the building in February, and a public ribbon-cutting is planned for March.

As a “Net Zero” project, M&O will be the first community college building in the world to earn Living Building Petal certification, and was designed to achieve the equivalent of LEED Platinum status. On the average day it will generate 105 percent of its own energy demand, making it a Zero Net Energy building.

On Nov. 9, the college was notified that the American Council of Engineering Companies (ACEC) has recognized the project with an Honor Award, to be presented at the organization’s Feb. 7, 2019 “Engineering Excellence” banquet in San Francisco. With this win, the M&O building is automatically entered for the ACEC’s highest honor, the Golden State Award.

The project garnered further recognition with a Citation Award in the Technological Innovation category of the Design & Philanthropy Awards in Los Angeles this week. The award was presented at the 2018 Southern California Development Forum on Tuesday, Dec. 11.

“Our goal with this facility was always to set an example to the rest of the District and the community of what can be accomplished when you have everyone working together toward a common goal,” said Palomar’s Construction & Facilities Planning Manager, Dennis Astl.

Astl said that goal included utilizing newer technologies to reduce the size of the building and designing the project as the most sustainable building on campus.

“And since we would be located at the front of the San Marcos campus at the corner of two very busy public streets, the new facility had to be beautiful,” he added.

Located on the corner of Mission and Las Posas roads, the project uses a unique passive design system to embrace the Southern California climate, and a narrow footprint helps achieve optimal temperatures throughout the building year-round. Innovative features like thermal chimneys and electronic roof monitors create increased natural ventilation and lower building energy consumption. Together, these features provide an 85 percent reduction in cooling hours and a 30 percent heating load reduction on a typical winter day.

Other sustainable strategies, such as rainwater harvesting, renewable energy, and daylight harvesting, further enhance the value of the building and add tremendous value for the community for years to come.