Life hasn’t been easy, but Palomar gave her a way forward 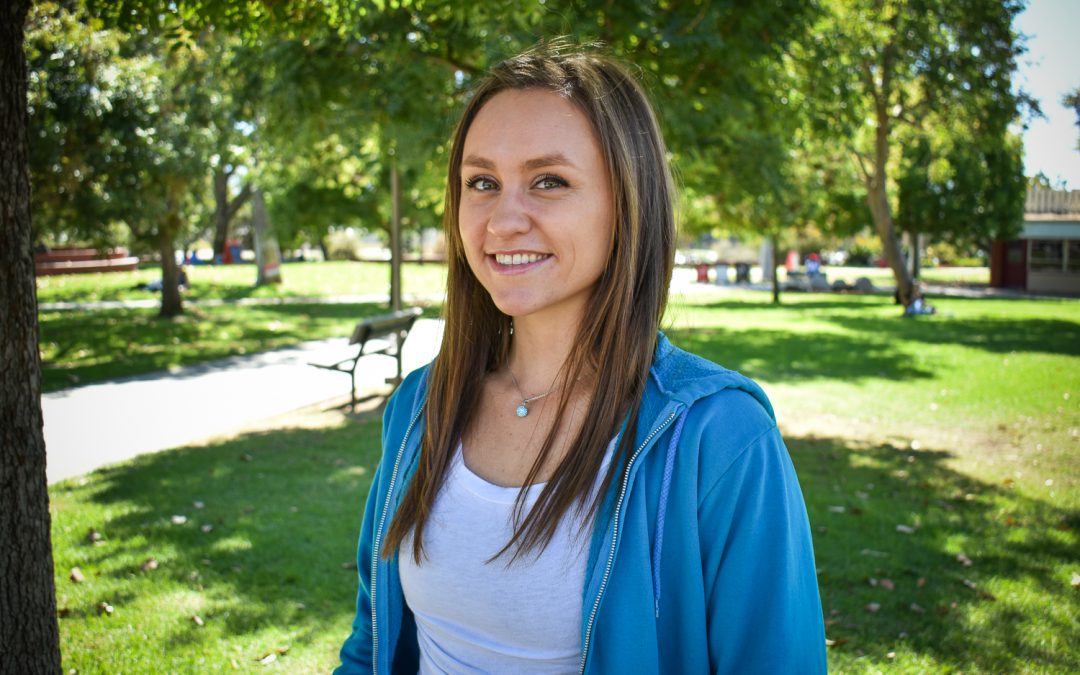 “Palomar made it possible to make something of my life as a single mother.”

SAN MARCOS — Not long after graduating from high school in south Orange County, Laura Szemenyei knew she needed to make a change.

She was in trouble with the law, and she knew that the influences in her life were only going to keep dragging her down.

So she moved over the coastal hills to Temecula, where she started a new life and discovered yoga: “I started surrounding myself with people I looked up to, and found mentors who kind of took me under their wing and guided me, because I had nobody,” recalled Szemenyei, now 27.

About four years ago, just as things were looking up, she found out she was pregnant, and it was quickly apparent that she would be raising a child on her own.

“Before I got pregnant, I always wanted to go to school to become a doctor,” she said. “Then I had my daughter, and I thought I would never, never be able to go back to school.”

At the time, she was just learning how to run her own small business, and that, too, took a hit with the birth of her daughter.

“Once again, I found myself in a terrible situation—like I had when I was 18—and thought that all of my dreams were completely crushed,” she recalled. “Then I had her and it became absolutely the best experience of my life. I came to accept the fact that I had a lot of imperfections, that I needed to love myself and believe in myself. I started researching if there was any possibility that I could go to college.”

That’s when she sought out Palomar College and took the steps to enroll for the spring semester in 2018.

“Coming to Palomar changed my life,” she said. “I now have stability, and I met other students who encouraged me to try out some of the programs—I got into EOPS and CARE, and I also started receiving financial aid. That gave me a foundation to be able to come to school.”

Today, Szemenyei is three classes away from earning her associate’s degree. Her 3-year-old daughter attends preschool at the Early Childhood Education Lab School (ECELS) on campus, and Szemenyei plans to transfer to either Cal State Fullerton or Cal State San Marcos after graduating from Palomar next spring.

“I can actually see light at the end of the tunnel—things are going to be OK,” she said, adding that for years she was searching for a support system and a way forward: “I feel like I’ve found that here. I love this school. Honestly, I walk around and I’m just so proud to be here.”

Szemenyei said that after earning her business degree at a four-year university, she hopes to start her own company with the goal of helping people who are going through hard times.

“I can connect with people who come from nothing,” she said. “One day, I want to have my own yoga business, to give people who feel lost the tools to heal from the inside out.”