Audio engineer blazing new trails at Palomar and beyond 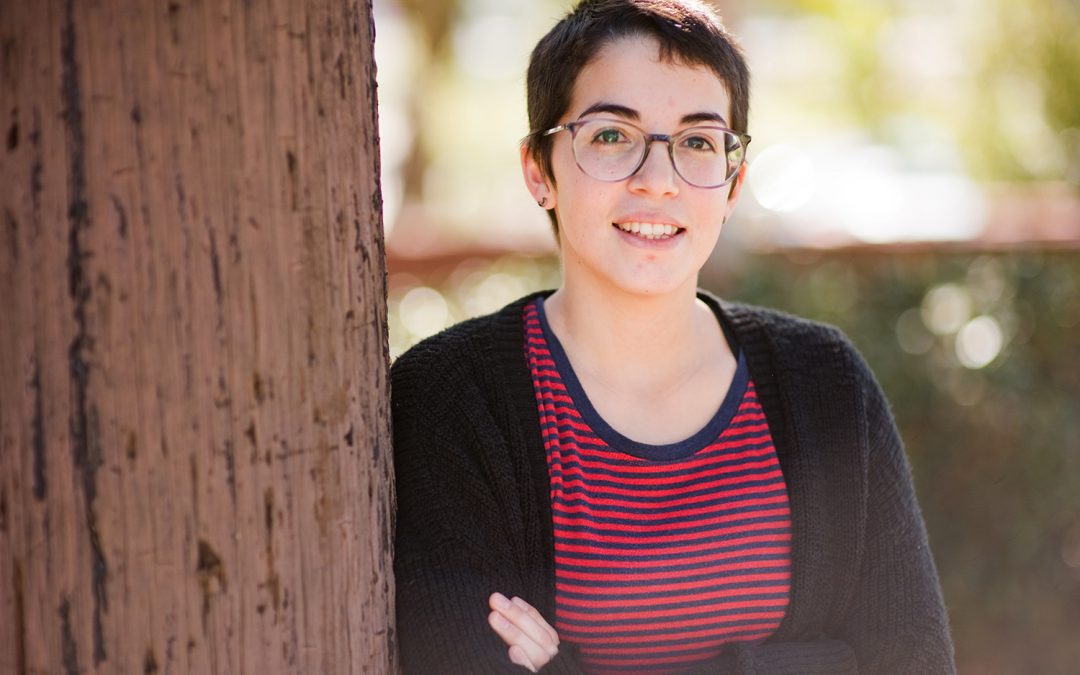 One of KKSM’s nine award nominations announced this month went to Lydia Arguello—the only woman in her category, and a music lover with big ambitions.

SAN MARCOS — When the nominations for “Best Audio Engineer” are recited at the Intercollegiate Broadcasting System (IBS) annual awards ceremony in New York City this spring, Lydia Arguello will be the only woman on the list.

As a student at Palomar College, Arguello, 20, has spent the last two years studying music technology in the classroom and learning the ropes at KKSM, where she engineered the station’s College Radio Day broadcast in October.

Now she’ll be representing not only Palomar College, but all of the other young women who aspire to become leaders in the music technology field, when she travels to New York in March.

“It feels amazing,” she said during an interview on campus. “I am definitely for women moving beyond the standard categories, and I think having women in this industry is really important, because you don’t see a lot of them.”

Arguello said she has grown accustomed to seeing only the occasional woman setting up and running the technology at the performances she attends. Even rarer is the sight of a woman running the soundbooth, which she described as her ultimate goal: “I make an effort, when I see a woman, to go up and ask what they’re doing, just get to know them a little more.”

Growing up the third of six children in North San Diego County, Arguello always nurtured an intense love for music. To hear her tell it, she was surrounded by musicians.

“But I knew I couldn’t sing or play an instrument, so radio was going to be my thing,” she recalled. “I came here for the radio program.”

She enrolled in MUS 112, Basic Sound Reinforcement, and “immediately fell in love.” She has since taken nine other music technology or radio-related classes, and is shaping a vision for her next steps out of college: “Find a band you love, help them grow as artists, and help them be as good as they can.”

She said it was during the KKSM broadcast in October when she really began to understand her potential: “I was helping out with College Radio Day, setting up and tearing down for the artists’ sets. I was the only person touching the board, so to have them depending on me—that was the point where I was like, ‘I can do this.’”

Arguello said music technology is a field that encompasses a host of live and studio settings: “It can range anywhere from setting up microphones and plugging cables into a patch bay or sound board to working with Pro Tools to record. I’m looking more at the live aspect, which is mics, speakers, the sound board.”

She said studying the technology behind the sound has changed the way she listens to music.

“I definitely pay more attention to what’s going on behind the vocals,” said Arguello. “You hear the bass, you hear the snare, the different parts of the drums. I notice that a lot more after taking all these classes.”

From Palomar, Arguello said she may seek out one of the handful of schools that offer degrees in music technology. Or she may get her feet wet engineering sound for a music venue or a band. Either way, she hopes to eventually be seen by other young women behind the mixing board, the unseen but equally important member of the band.

“That’s my goal,” she said. “It is a lot of pressure, but being one of six kids, you deal a lot with pressure and chaos, and I’ve found that a little pressure in your life is good, to keep you on your toes.”