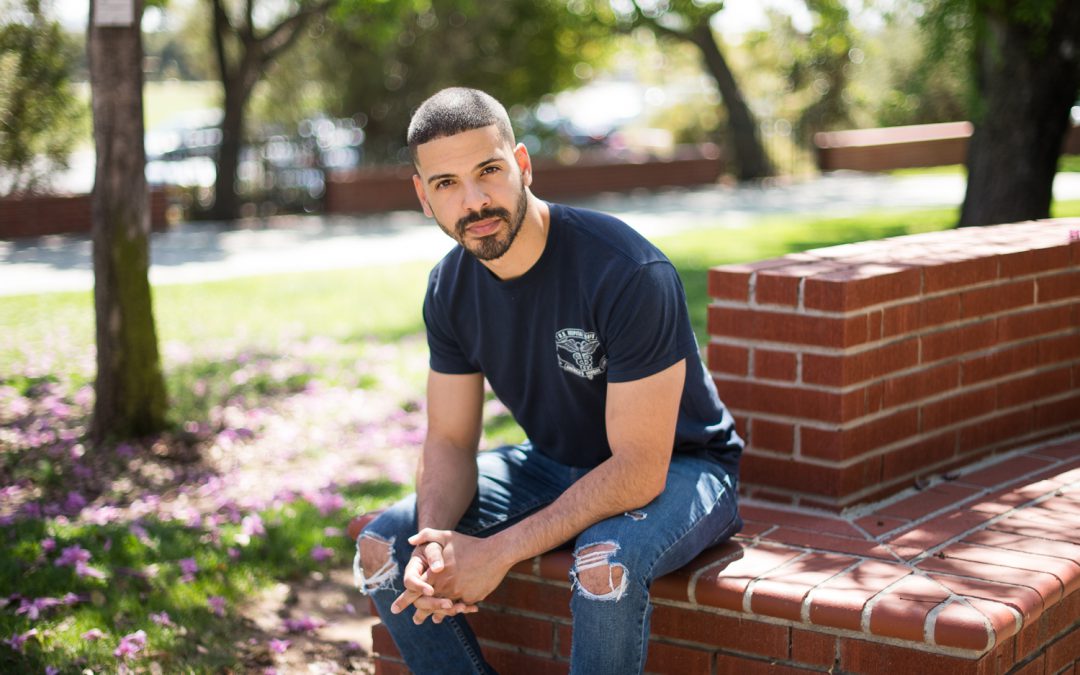 Petty Officer 2nd Class Jose Miguel Chevalier earned his Associate degree while serving in the Navy. Now he’s looking to life after the service, with his sights set on medical school.

SAN MARCOS — As a boy growing up in the Dominican Republic, Jose Miguel Chevalier knew a plastic surgeon. He recalls how the doctor provided reconstructive surgery for women who had undergone mastectomies during breast cancer treatment.

He knew when he came to the U.S. in 2007 that he wanted to follow suit. And so, after finishing high school, he enlisted with the Navy to help fund what he knew would be a costly medical education.

In 2016, Chevalier walked into Palomar College’s Camp Pendleton Center to enroll in his first college classes. Last year, he finished his Associate of Science (AS) in General Studies: Emphasis in Science and Mathematics at Palomar.

On Friday, May 24, he will walk across the stage to receive his degree as the Class of 2019 Valedictorian.

“As I move on to more complex subjects, the foundation I’ve received at Palomar is helping me push through and move into the future,” said Chevalier. “I feel confident, with the knowledge that I’ve received here at Palomar.”

In the Navy, Chevalier currently serves as a Hospital Corpsman, Second Class (HM2) and manages a dental clinic at the Las Pulgas Camp on base, providing preventive care to Marines who are about to deploy.

He said he plans to leave the service in April 2020 to transfer and pursue his undergraduate degree in Chemical Engineering—hopefully at UCLA, he added.

As an active-duty service member, Chevalier said he quickly realized the value of a college center located at Camp Pendleton.

“That center is very convenient for service members like myself. It’s tough to get out of work to drive 45 minutes out here” to San Marcos, he said. “Every time I speak to fellow service members about school, I personally take them down to the education center at Camp Pendleton, and introduce them to the staff there. They’re able to register, enroll, and get financial assistance.

“It’s super-important for service members of all kinds to get an education, so they have options when they get out, and can do something they love,” he added.

As he prepares to stand as one of Palomar’s top-ranking graduates later this month, he reflected on his time at Palomar: “I wouldn’t have made the rank of E-5 without my Associate’s,” said Chevalier. “I never thought I would see myself in this position (as Valedictorian). This honor has given me the confidence to understand I can accomplish anything I can set my mind to.”