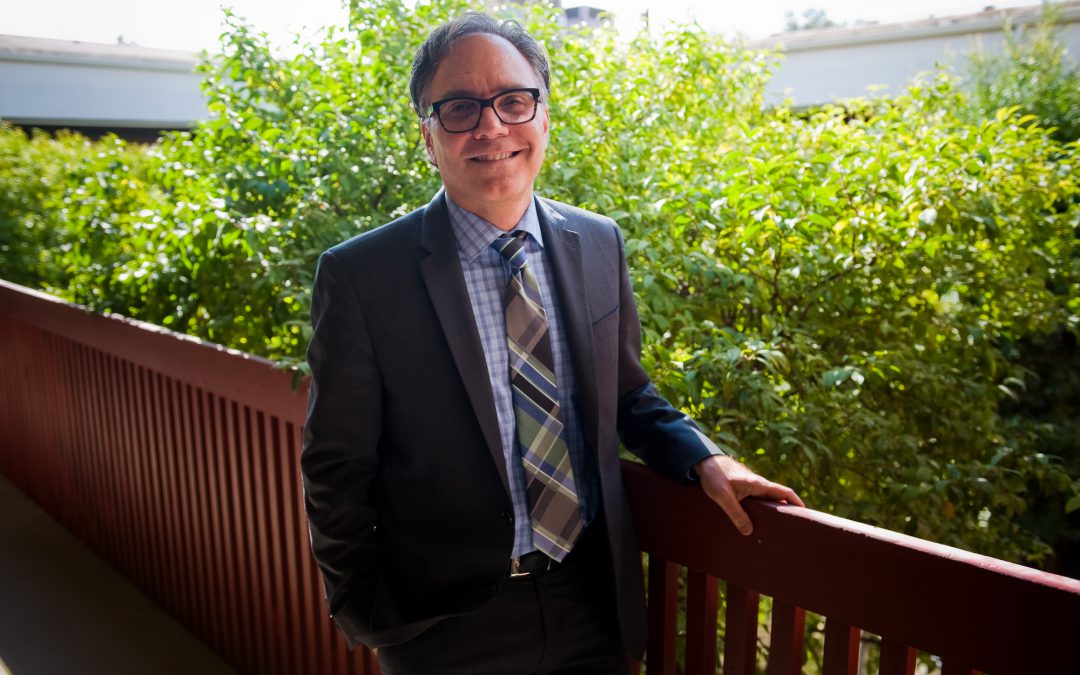 SAN MARCOS — Early in 2011, Jack Kahn and his wife were living in Boston, where he taught psychology at a small private college. It wasn’t long after the second time he walked outside to find his car encased in solid ice that he went online in search of a job somewhere warmer.

“I had to get the car ripped out of the ice by a tow truck with this giant hook,” Kahn recalled on a recent morning in his office at Palomar College. “You probably don’t see that much in Southern California.”

Indeed, four years into their life in San Diego, the Kahns have yet to find ice on their car. And in many other respects, Kahn has been warmly received at Palomar College, where he became Assistant Superintendent/Vice President, Instructional Services on July 1.

Originally hired in 2013 to serve as Palomar’s Dean of Social & Behavioral Sciences, Kahn took over the VP role this summer from Dan Sourbeer, who retired after 25 years with the college.

Kahn’s new position places him in a crucial position overseeing the college’s core educational programs—a comfortable fit for an educator with two decades of classroom experience.

Kahn has the easy-going demeanor of a native Californian, but at least some of his outward calm is probably due to the discipline and thoughtfulness he has cultivated as a psychologist.

The transition out of the classroom and into the boardroom began when he left Massachusetts to become an administrator at Alliant University in Fresno. During his two years there, Kahn taught psychology while preparing the institution for an upcoming accreditation visit by the American Psychological Association.

As he continued looking for just the right school, he was increasingly attracted to the community college model.

At Palomar, he found that “the real focus is on teaching and learning and connecting with the community,” he said. “There’s an explicit understanding that getting a certificate or career technical opportunity or transfer degree really will change people’s lives.”

Set prominently in Kahn’s office is a long conference table with 10 chairs—much of his day is spent in meetings—and a pair of tall, narrow windows face southeast over the faculty parking lot and the track.

On a recent morning, a Darth Vader bobblehead and his staff radio sat on his desk. The radio is never far away.

“Having had over 20 years in the classroom, it helps me understand what the faculty are going through,” he said. “I know what the college needs to do, and I know some of the struggles that faculty have. I try to be a middle ground for that conversation.”

Kahn said that he enjoys teaching, and finds himself missing the classroom.

Among his many duties, Kahn serves on a variety of councils and committees, sits in on new faculty interviews, sets class schedules with the college deans, and works with new instructors.

In the coming years at Palomar, Kahn said, he’s hoping to stimulate growth, innovation, and program improvements to make sure what the college is offering in the classroom connects with the needs of the community.

“We have amazing faculty who are really brilliant and creative and are doing really interesting things,” Kahn said. “Our struggle right now is in trying to find a balance between the offerings we have and how to best meet the needs of the community.

“This year, in particular, and for the next couple of years, we’re going to be working with the deans to be proactive with our programs and figure out which ones are doing well, how we should add more classes to meet student demand, and how we can reach out to the community.”