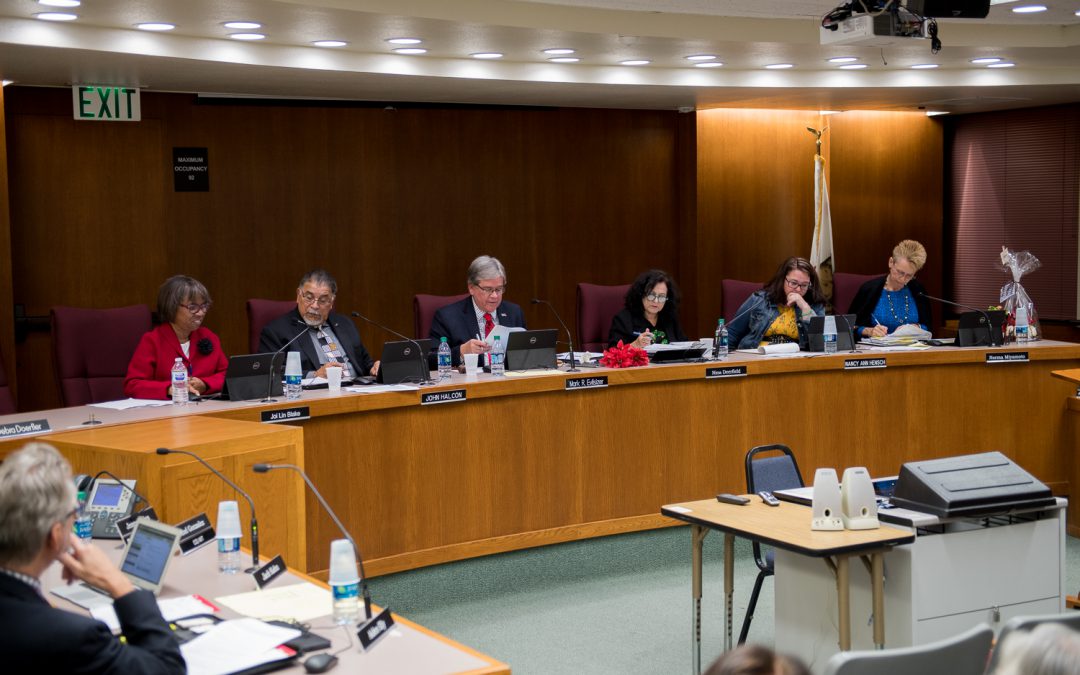 Mark Evilsizer begins his fifth term and Norma Miyamoto begins her first term as the board holds annual election of officers at Tuesday, Dec. 11 meeting.

SAN MARCOS, CA – At its annual organizational meeting on Tuesday, Dec. 11, the Palomar Community College District Governing Board swore in one new trustee, Norma Miyamoto, and one re-elected trustee, Mark Evilsizer. The board also elected new officers for 2019.

“I am honored to be able to continue to serve the Palomar Community College District,” said Board President Evilsizer. “I am looking forward to a very productive year ahead as the College continues to expand access for all residents within our District.”

The Governing Board voted to continue to hold its monthly meeting on the second Tuesday of the month at 5 p.m. in the Governing Board Room on the San Marcos campus. Board meeting information is available at https://www2.palomar.edu/pages/governingboard/. 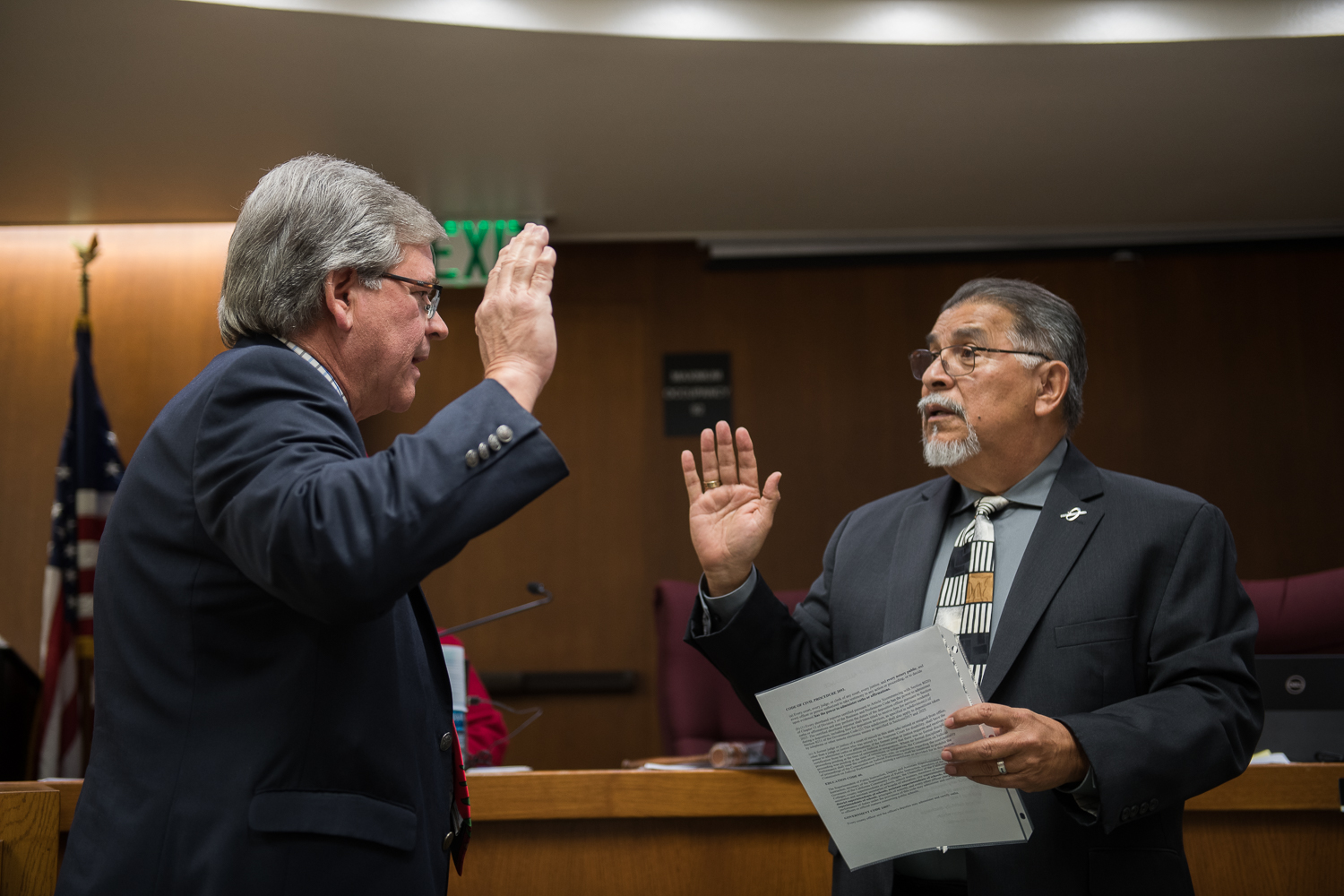 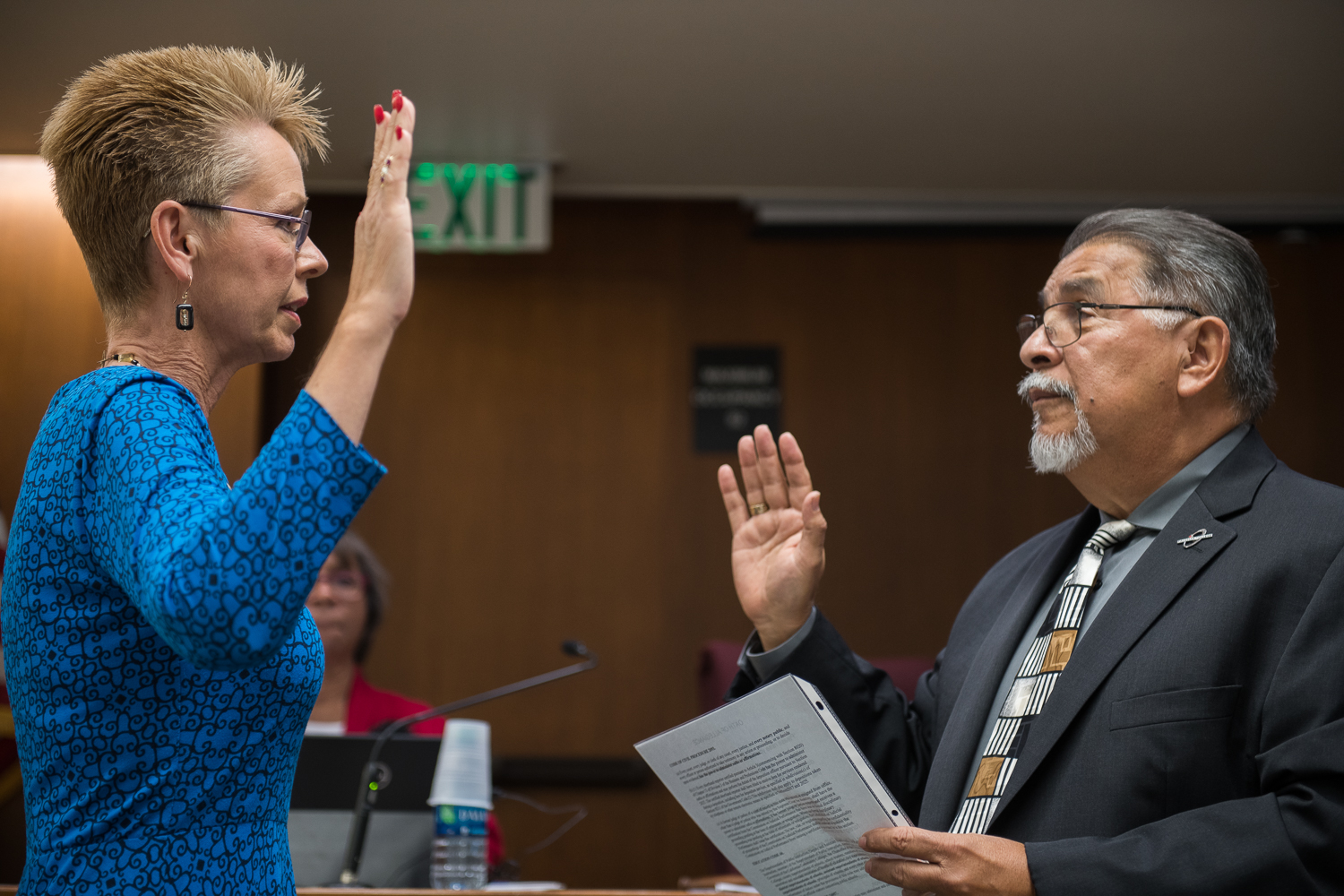