Every Donation at Palomar’s #GivingTuesday Event Will Be Matched 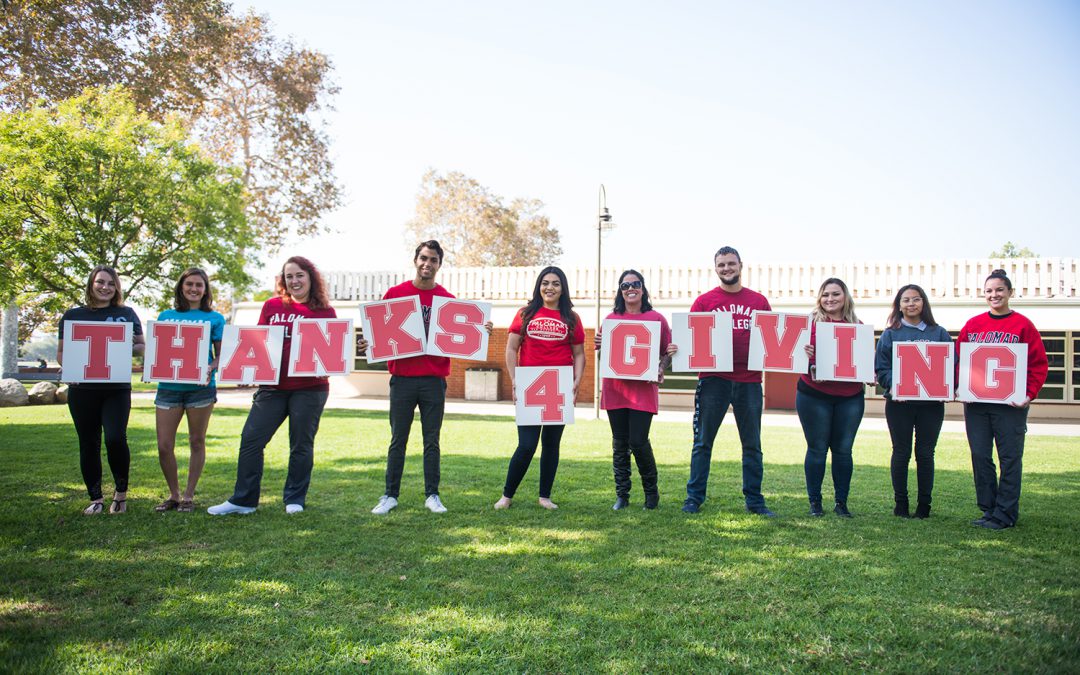 With a catered lunch on Tuesday, Nov. 27, the Palomar College Foundation will raise money for scholarships, textbook assistance and the Palomar Promise.

SAN MARCOS, CA ― It’s a season for giving thanks and giving back, and several generous donors have stepped forward to make sure every contribution to the Palomar College Foundation on Giving Tuesday is matched two-to-one.

“We are thrilled and appreciative that each dollar raised this year will be matched. Both campus and community donors have a history of generous support for Giving Tuesday,” said Foundation Executive Director Stacy Rungaitis. “Gifts on Giving Tuesday are local philanthropy at its best. The money we raise is used entirely locally. The funds help North County students and the communities of which they are a part.”

The Nov. 27 event is part of a nationwide fundraising movement celebrated in the U.S. on the Tuesday following Thanksgiving and described on www.givingtuesday.org as “A Global Day of Giving.” Associated with the “widely recognized shopping events Black Friday and Cyber Monday… #GivingTuesday kicks off the charitable season, when many focus on their holiday and end-of-year giving.”

At Palomar College, funds donated to the Foundation on Giving Tuesday help provide scholarships, textbook assistance and support the Palomar Promise. The event includes a catered mac-and-cheese lunch from 11:30 a.m. until 1:30 p.m. in Room AA-140 at the San Marcos campus.

Last year, $300 million was raised nationwide and some $48,000 in donations came in to the Palomar College Foundation on Giving Tuesday.