From ESL to Architecture, Palomar alum still pursuing his goals 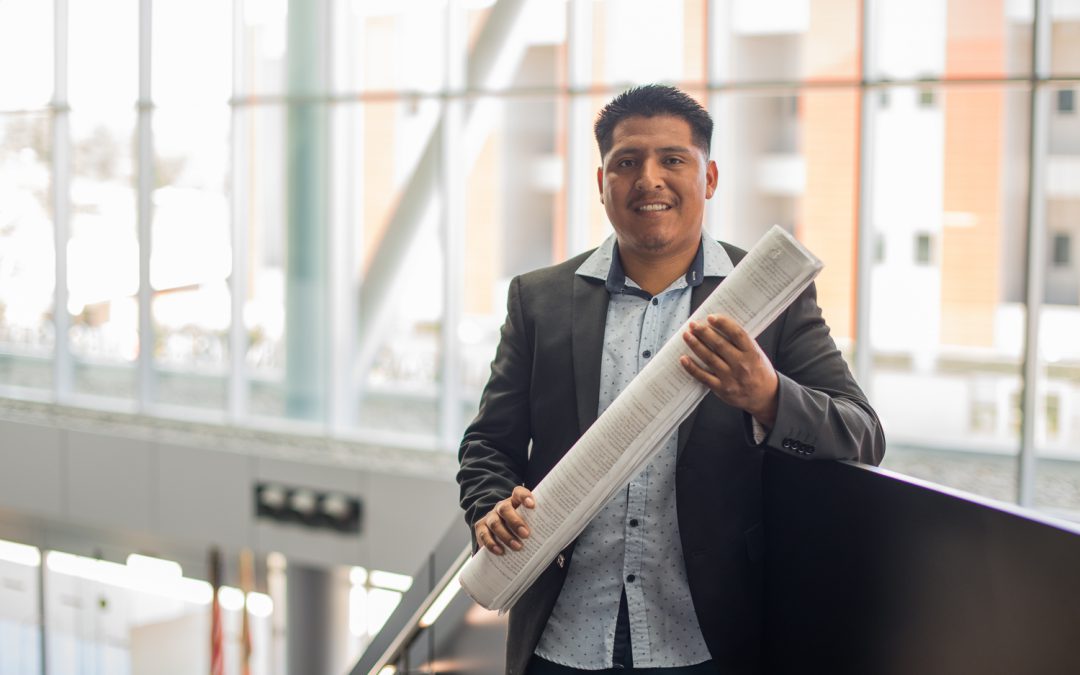 “Palomar made it possible for me to determine my path to a rewarding career.”

SAN MARCOS — From his first English class at Palomar College to his walk across the stage to receive his Bachelor of Architecture (B.Arch.), the path that Abelino Gregorio started following more than a decade ago on this campus has led where he never imagined.

Originally from Guatemala, Gregorio started his first English as a Second Language (ESL) classes at Palomar when he was 16 and still attending San Marcos High School.

“I knew zero English,” he recalled. “I knew it was going to be a challenge.”

Beyond the language barrier, other challenges awaited Gregorio.

“I didn’t really know how the system worked in general—how to apply for universities, and how to decide where to go,” he said. “So I decided to come to Palomar to figure out what to do.”

He graduated high school in 2011, started attending Palomar full-time, and earned his Associate of Arts in 2015. Along the way, he was mentored by Palomar’s faculty and equipped to navigate the halls of higher education by Palomar’s Counseling Department.

From here, Gregorio transferred to Woodbury University in downtown San Diego, and in May he earned his Bachelor of Architecture.

“When I was a kid, I was always interested in building things,” he said. “In high school, I was thinking about architecture, but I didn’t know how an architecture program would work. At Palomar, I started learning the things that architects do. I like the drawing, the design. There are a lot of things involved in architecture—the technology, the construction industry.”

Today, Gregorio works for a small firm while he looks for a full-time job in real estate development. He said he keeps thinking about the price of housing and how “a lot of people are struggling” with rising rents around Southern California—an urgent concern that he hopes to play a role in alleviating.

Looking back, Gregorio said he’s grateful to Palomar for giving him the skills to pursue his dream: “It was a really good experience,” he said. “Palomar made it possible for me to determine my path to a rewarding career.”