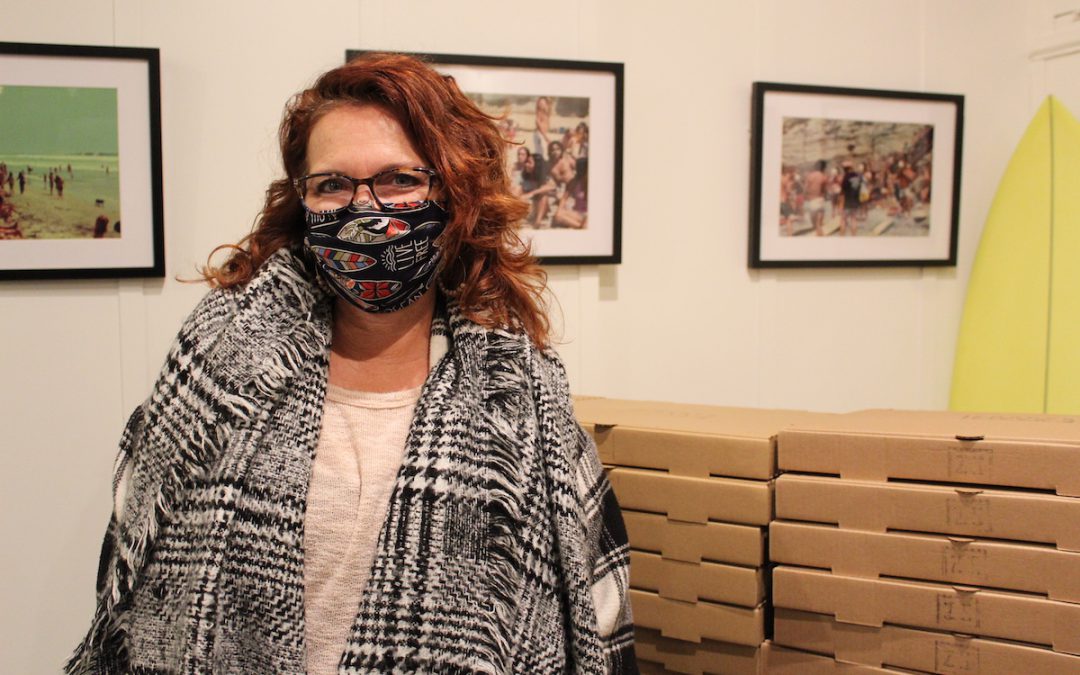 ENCINITAS — On Dec. 12, in the midst of the COVID-19 surge that followed the Thanksgiving holiday in San Diego County, Syndee Wood picked up a stack of hot pizzas from Pandora’s Pizza in Leucadia and drove them to Scripps Memorial Hospital.

At the door, she asked for the pizzas to be taken to the Intensive Care Unit, where a friend of Wood’s works and had recently told her of the overwhelming conditions with the I.C.U. at 150 percent of capacity.

Later the same evening, Wood, an adjunct English professor at Palomar, posted a photo on Facebook of her visit to Scripps.

“That’s how it all began,” she recalled. “I woke up the next morning and had enough donations for two more days of meals. Here we are, three months later, and it’s just been amazing.”

Soon Wood was sharing the workload with fellow volunteers, in an effort that has benefitted locally-owned restaurants as much as the healthcare workers at Scripps.

Since that evening in December, Wood and company have hardly missed a day of deliveries, spending an average of $300 per order. All told, their unique food drive has raised $24,000, all of which has gone to buy meals for staff at Scripps.

Tax-deductible donations can still be made through Impact-Cubed, and the movement has spread beyond Scripps to include other local hospitals. It is now commonly known—and has been widely publicized—as “Feeding Our Frontline Heroes.”