Tiny plant on campus turns out to be a big find 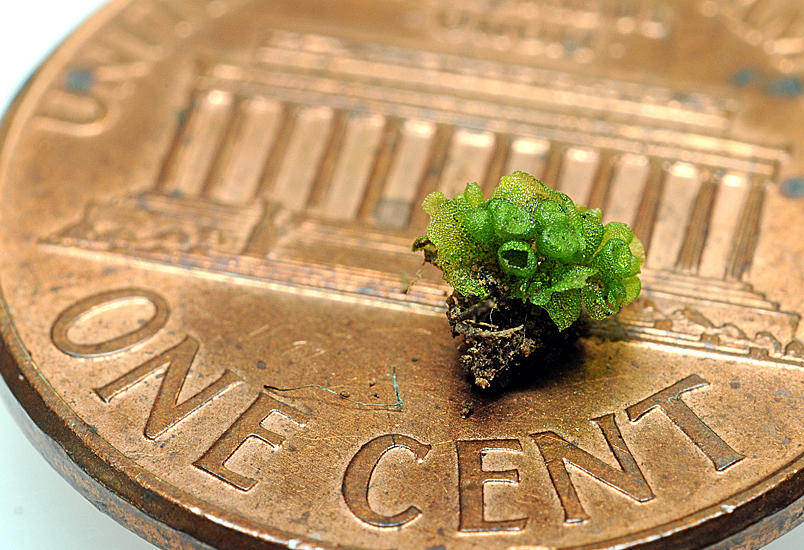 A biology student with a keen eye spotted the rare bottlewort growing near Palomar’s arboretum, and a retired professor recently identified the plants as a critically endangered species.

SAN MARCOS — Clumped beside a footpath on the outskirts of the Edwin & Frances Hunter Arboretum at Palomar College, the little plants went unobserved for decades by those who hiked through the native coastal sage scrub overlooking the campus.

Then, one day in March 2019, a biology student named Isabelle Massaro stooped and found them—bright clumps of Sphaerocarpos drewei, or S. drewei for short, each colony no bigger than a pencil eraser.

“I have a favorite patch of moss in the arboretum and this bottlewort happens to be right nearby,” Massaro recalled. “The first time I saw it, it didn’t look like anything I’d seen before.”

Beth Pearson, a biology professor at Palomar and one of Massaro’s teachers, was the first to hear about the find, which the two women identified as some kind of bottlewort.

“Now I knew why I’d never seen it before, because you really have to be on your hands and knees,” recalled Pearson. “Isabelle’s got an eye for that sort of thing. She was always poking around in the arboretum and elsewhere, taking samples and sending me pictures.”

“When you’re outside looking at all these different mosses and you see something new, it’s really exciting,” said Massaro. 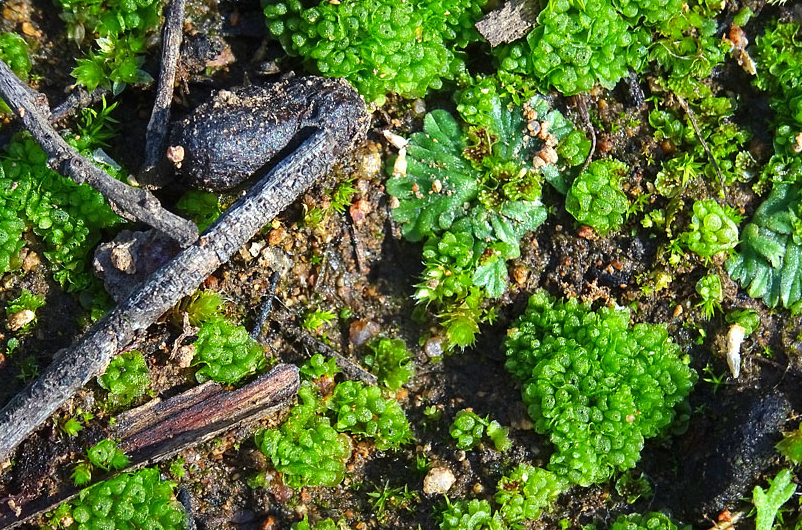 Pearson said she was equally thrilled, but she “had no idea what this was, no idea how to identify it.”

“Ever since Beth showed me the bottlewort in the arboretum I have been obsessed with its correct ID,” he wrote in an email. Armstrong had his hunches, but “never felt 100 percent certain because I could not see the detail of (the plant’s spores) with my equipment.”

On Feb. 29, a Saturday evening, Armstrong set up his compound microscope with targeted lighting and finally saw the detail he’d been missing.

He wrote that S. drewei is classified by the California Native Plant Society (CNPS) as 1B.1—“a rare, seriously endangered little plant indeed. Hopefully, its location on Palomar property will ensure its survival.”

Pearson said the little plant is the biggest botanical find on Palomar’s 200-acre campus in the 22 years she’s been here.

In broader terms, she said, “We’re still not sure how big of a deal it is. I think because they’re so small, they’re not observed very often. I don’t know how many records there have been of this plant in San Diego County.”

Called “bottleworts” for the shape of the individual plants—which are the size of a pin’s head—S. drewei is biologically similar to some mosses and grows in the shade of Southern California’s native habitat.

“Coastal sage scrub, in general, is an endangered habitat,” said Pearson. “This is an underappreciated plant, because it’s so small people have to know what they’re looking for, and go out with a magnifying glass to find it. But just because it’s small doesn’t mean it’s unimportant.”

“The little things always fascinated me,” said Massaro. “It probably hasn’t sunk in entirely that we’ve found an endangered species.”