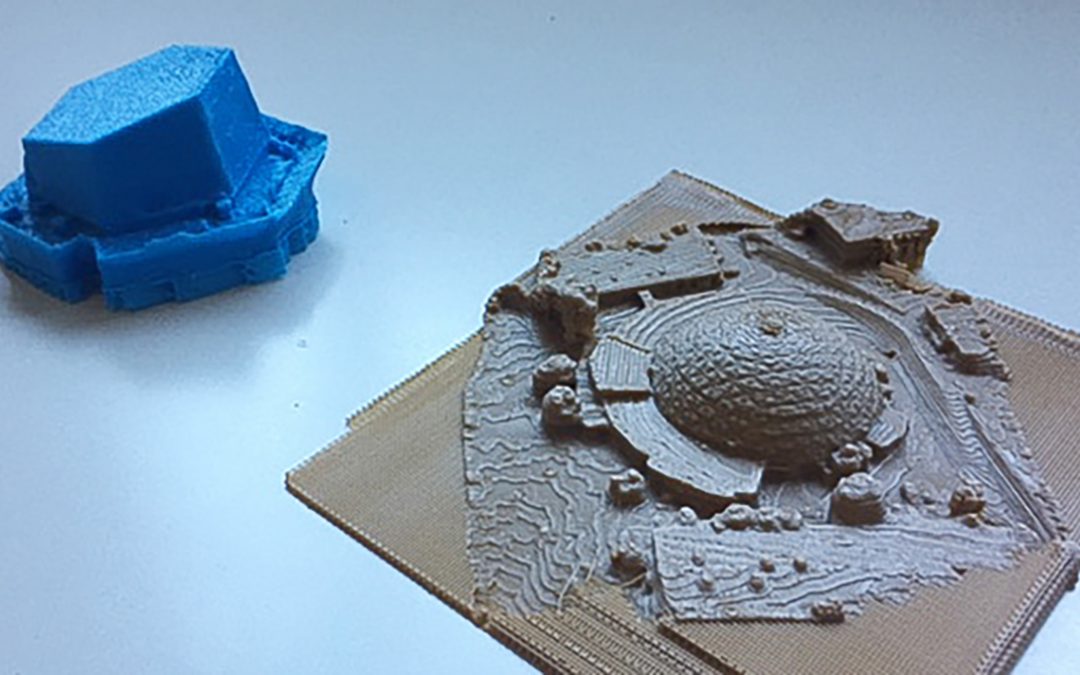 Shown are two models representing the Palomar College Dome and Planetarium. These models were created with a 3D printer and were generated from images gathered with small unmanned aircraft systems (sUAS), commonly referred to as “drones”. (photo by Melinda Finn)

The four objectives of UASTEP are (1) Program and Curriculum Development (2) Professional Development for Educators (3) Strengthening Business and Workplace Competencies and (4) Student Outreach and Summer Academies. More information about UASTEP and the grant can be found here.

Cheung said, “This grant allows for developing both new classes and partnerships with industry, each of which will help students transition into careers in the sUAS field.” He said that the Palomar program stands out from similar drone-related programs in that “it appeals not only to those wanting to become drone technicians, but also to those interested in becoming entrepreneurs” in this up and coming industry.