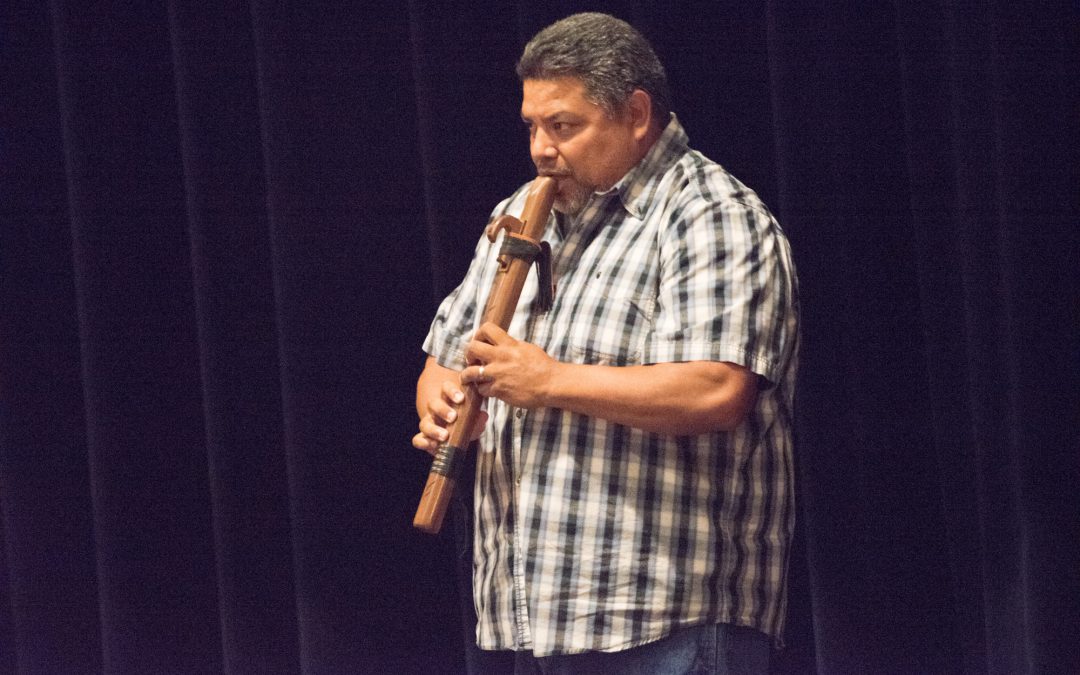 From traditional storytelling and music to the personal recollections of a celebrated recording artist, the college’s 44th annual observance of the state holiday drew nearly 100 people for an afternoon that highlighted tribal contributions to the region’s culture and history.

“We tend to be fairly quiet, as a people. We don’t really talk about ourselves,” said Dixon, adding that California Indian Day is a chance to do just that.

“American Indians are a living people, they’re not just icons of the past,” said Dixon, who is herself a member of the Pauma Band of Luiseño Mission Indians. “And yet, they feel a great connection to the past, and they try to integrate it where they can. Our job is to let people see that bigger picture, see more than Indians who were conquered in war and live on reservations.”

The keynote speaker on Thursday was Native American Music Award-winner Alfonso Kolb, a long-time drummer who was born and raised in Rincon; he now serves on the tribal council there. 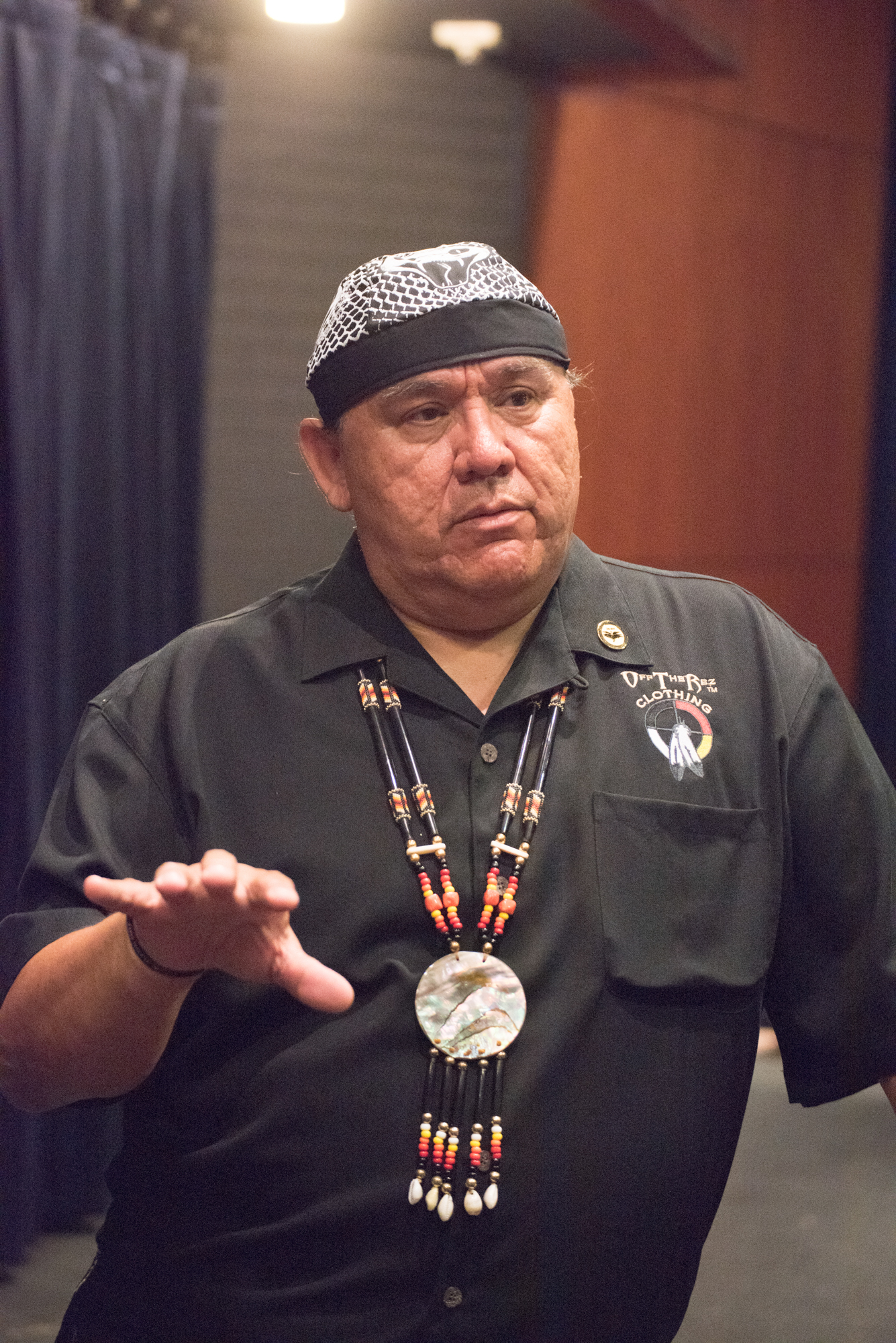 Kolb, 57, recalled starting his life in music on the reservation as a teenager, playing with his cousins and brother in a local band: “My dad asked us, ‘Do you guys know that song, Far Far Away?’ We said, ‘No.’ He said, ‘You go play far, far away over there,’ because we were making so much noise.”

Although he didn’t realize it at the time, Kolb’s career would begin in earnest with an audition in Escondido for a spot as a drummer with a more serious group of musicians. He quickly found himself in a recording studio in New Mexico, and then touring the U.S. with his new band, Winterhawk.

On Thursday, he described performing in spiritual terms: “The experience you get from playing an instrument alone is magical, but when you connect with two or three others, it’s beyond that. You feel what they’re playing, you know where they’re going, and it inspires you.”

Kolb would go on to record several albums with Winterhawk and the Jim Boyd Band, and has won eight Native American Music Awards. He moved back to Rincon six years ago and is serving his second term as a tribal council member there.

“The chairman, he’ll tease me and say, ‘You’re not a musician anymore, you’re a politician,’” Kolb said. “I don’t say anything, but I’m thinking, ‘No, I’m always going to be a musician. That’s what I eat, breathe and live for.’”

Kolb’s presentation was followed by Abe and Cassie Calac, who come from different tribes and told their story of overcoming the cultural differences in marriage. Abe Calac also played several songs on the traditional Indian flutes that the couple brought with them.

The event culminated with the Rincon Youth Storytellers, led by Ami Admire, staging a traditional tale, “Mountain People vs. Ocean People,” that recounts a competition between two tribes. 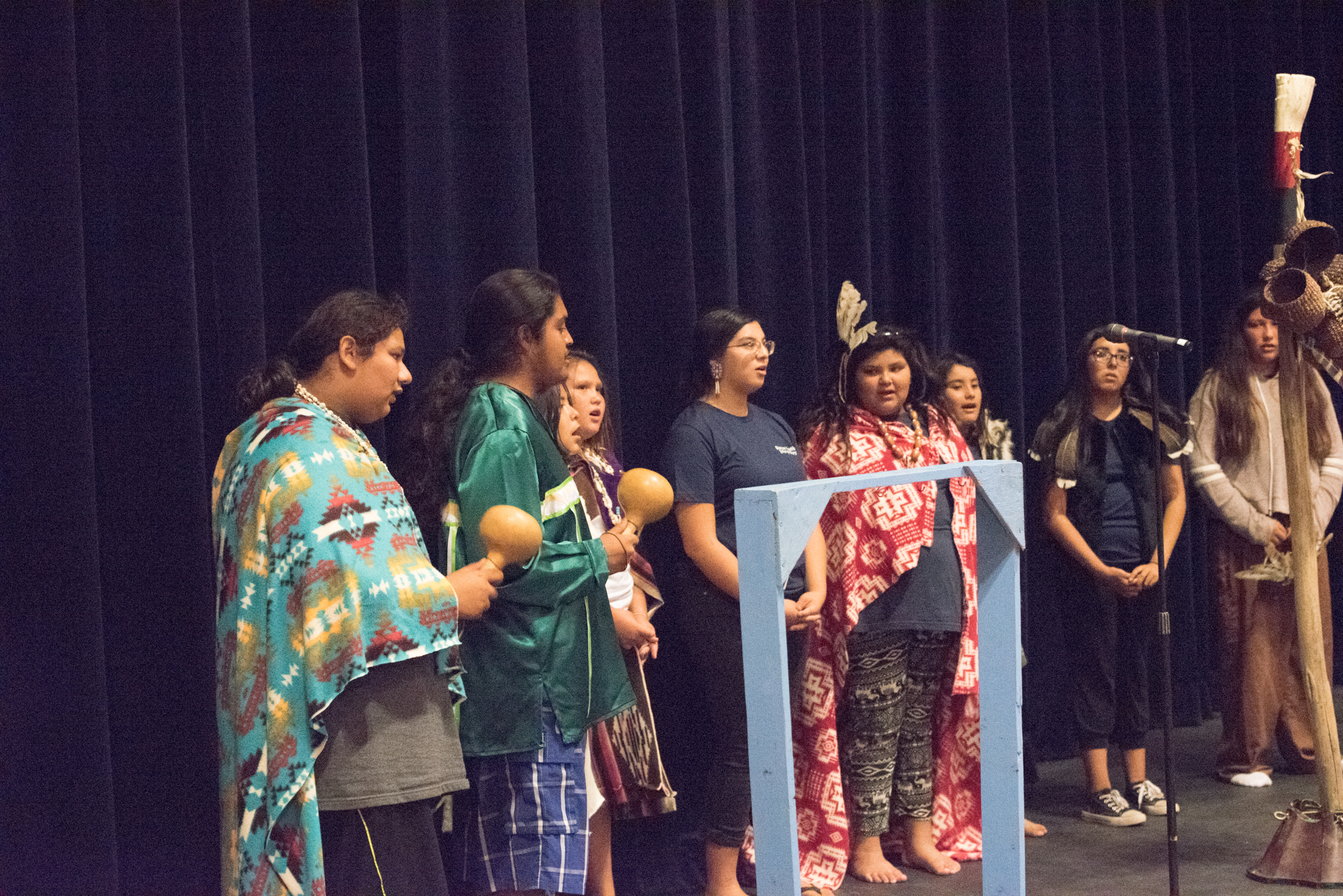 The group’s nine members, ranging from 3rd grade through high school, reenacted the story as they have many times for local audiences of schoolchildren in North County, with props and costumes and a straightforward narration that evoked tribal storytelling traditions.

“These are not just bedtime stories,” Admire told the audience. “These things actually happened.”

Dixon explained that the history of the holiday dates back to 1968, when then-governor Ronald Reagan was approached by a coalition of California Indians and agreed to dedicate the fourth Friday of September to honoring the state’s tribes.