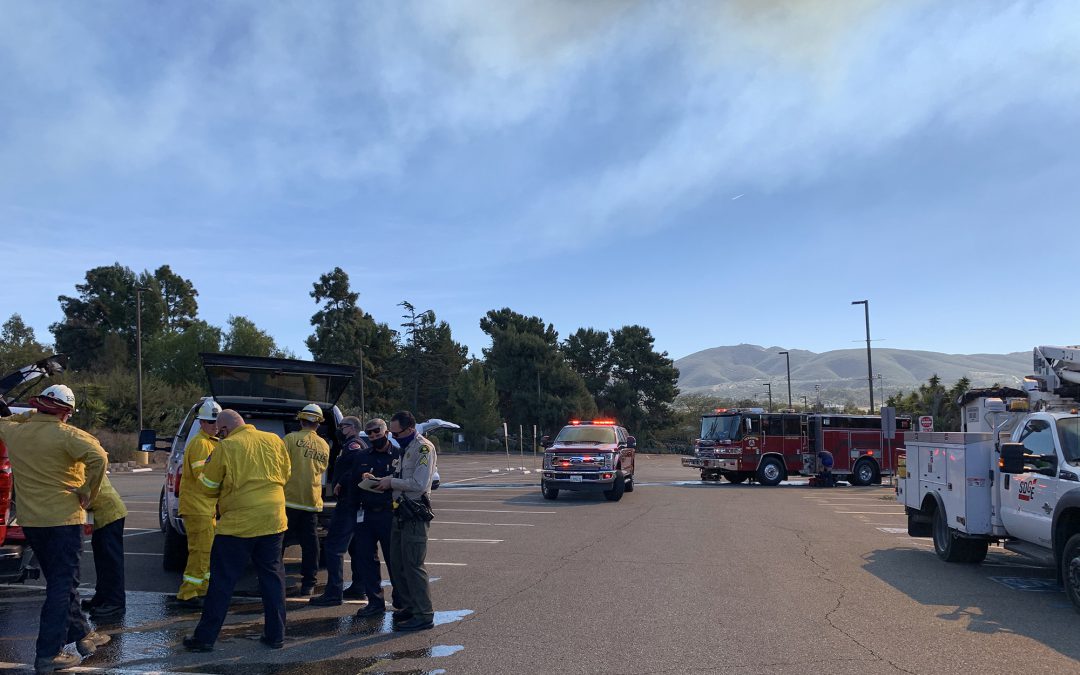 A fire in the native habitat preserve on the eastern edge of the campus, near the Edwin & Frances Hunter Arboretum, was contained by 9 p.m. on Thursday, Jan. 14.

SAN MARCOS — A vegetation fire burned 11 acres in a nature preserve at Palomar College before being contained by fire crews as of 9 p.m. on Thursday, Jan. 14. No buildings were damaged, and the nearby Edwin & Frances Hunter Arboretum was also spared, officials reported.

Sparked during the dry, windy Santa Ana conditions, the fire was originally reported to have encompassed as many as 40 acres, but the estimate was later revised by fire command staff. Local firefighting personnel stayed overnight to monitor the scene and address any hot spots, with additional firefighters on scene the morning of Jan. 15 to continue hosing down the burn site, as needed.

“We are immensely grateful to the firefighters, other public safety personnel, and our own staff, who responded swiftly and effectively to minimize the extent of this fire,” said Interim Superintendent/President Dr. Jack Kahn. “Their good work not only spared our facilities, but also prevented the fire from spreading into the arboretum, which contains hundreds of rare and endangered species.”

The fire did burn environmentally sensitive and endangered habitat within the Palomar San Marcos Campus Preserve, including Diegan Coastal Sage that is severely threatened in the region. The college will work with the San Diego Habitat Conservancy, which manages the preserve, to address the impact of the fire and consider preventative measures as necessary.

Fire officials are working to determine the cause of the blaze, and will work with Palomar College leadership to determine how best to prevent similar fires in the future.

Several members of Palomar’s on-site staff (the campus remains under COVID-19 safety measures) contributed to the containment measures on Thursday. These included members of the Facilities Department and Palomar College Police Department.

The nearest occupied building on campus, the Early Childhood Education Lab School, was evacuated, and the school remained closed on Friday at the recommendation of the San Marcos Fire Department. In the Natural Sciences building, staff conducted a floor-by-floor search for employees, who gathered in a safe location outside the building.