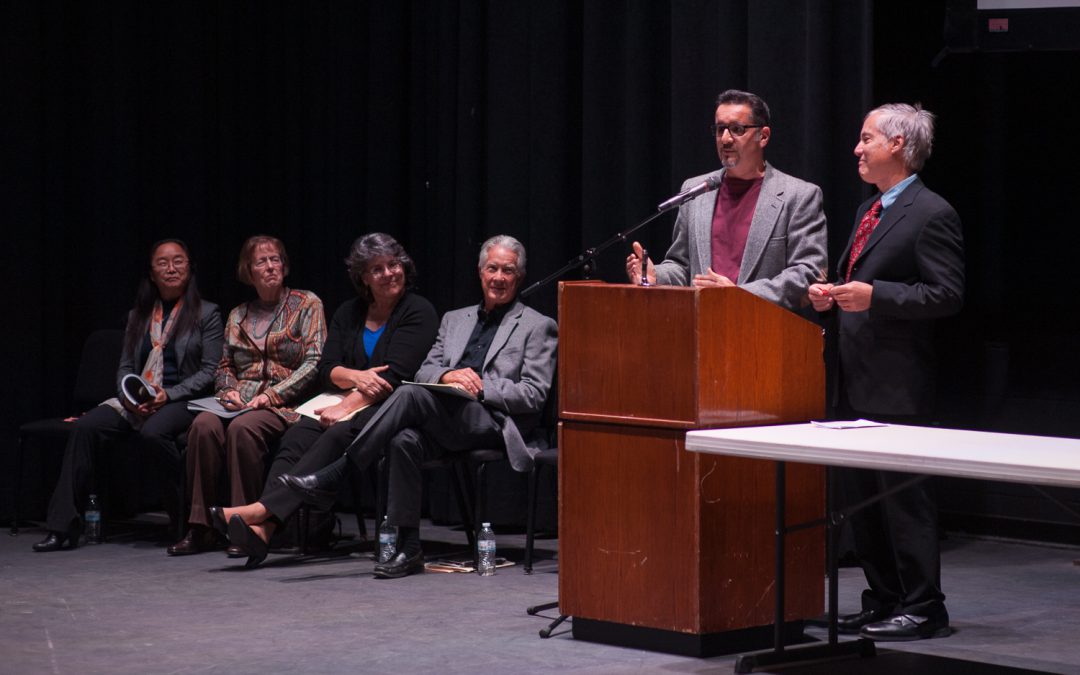 Rocco Versaci and Carlton Smith (pictured above, left and right, at microphone) expanded Bravura and brought the annual publication into the internet age. Now the 54-year-old magazine is getting two new faculty advisers.

SAN MARCOS — For more than half a century, creative writers attending Palomar College have been publishing their work in Bravura, a literary journal designed and produced by students and overseen by a team of faculty from Palomar’s English department.

Since 2000, that team has consisted of Rocco Versaci and Carlton Smith, creative writing teachers who put Bravura online for the first time with their inaugural issue and made several other major changes while the journal was in their hands.

Now the duo is handing the journal off to two younger faculty, Clare Rolens and Stacey Trujillo.

“We’ve had a really good time with it,” Versaci said during a recent interview in his office. “I can’t speak for Carlton, but I feel like we’ve taken it about as far as we can, and now it’s time for our younger faculty to have their hand in it.”

Read the 2018 issue of Bravura online 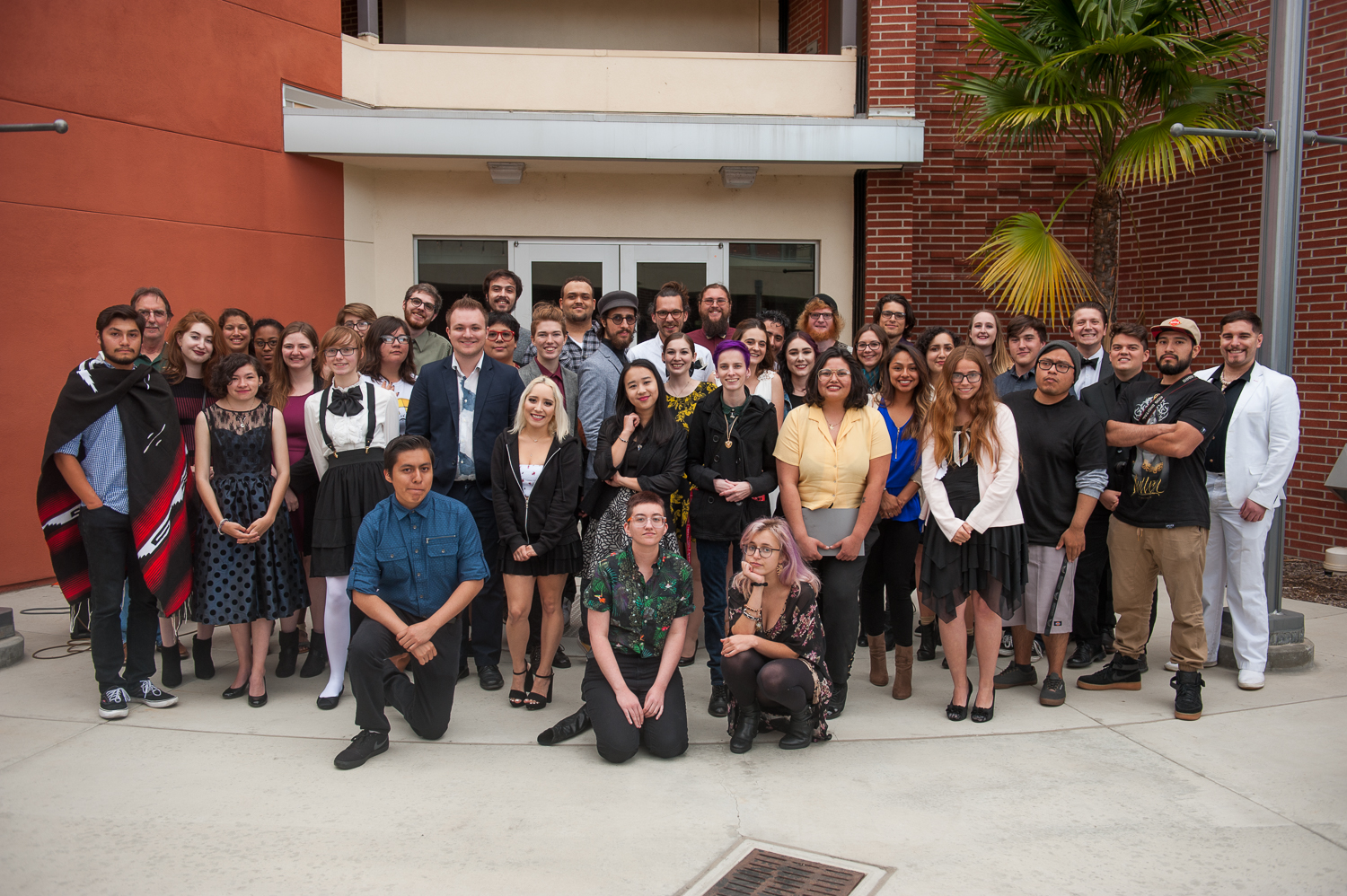 The idea of Bravura has always been to give young writers a taste of getting published, as well as to lead a dedicated class of students—ENG 137, offered every spring—through the production process. In 2004, Smith and Versaci added a gala and awards for the best prose, poetry and visual arts every year.

“Bravura definitely gives students a forum for their creative work,” said Versaci. “There’s a lot of artistry going on all over the campus, and Bravura is a place where students can show their work.

“Also, the students who enroll in the course get the experience of working on a publication and learning all the ins and outs, working collaboratively,” he added.

Rolens, one of the new Bravura faculty advisers, said she feels honored to be taking over a project with such a rich history at Palomar.

“It definitely feels like we’ve got big shoes to fill—it’s intimidating, but it’s exciting,” said Rolens. “Stacey and I have already learned so much from Rocco and Carlton. Palomar’s English Department is really special—not every community college has such a wide range of literature classes or such a good literary magazine. So I’m excited to be a part of that.” 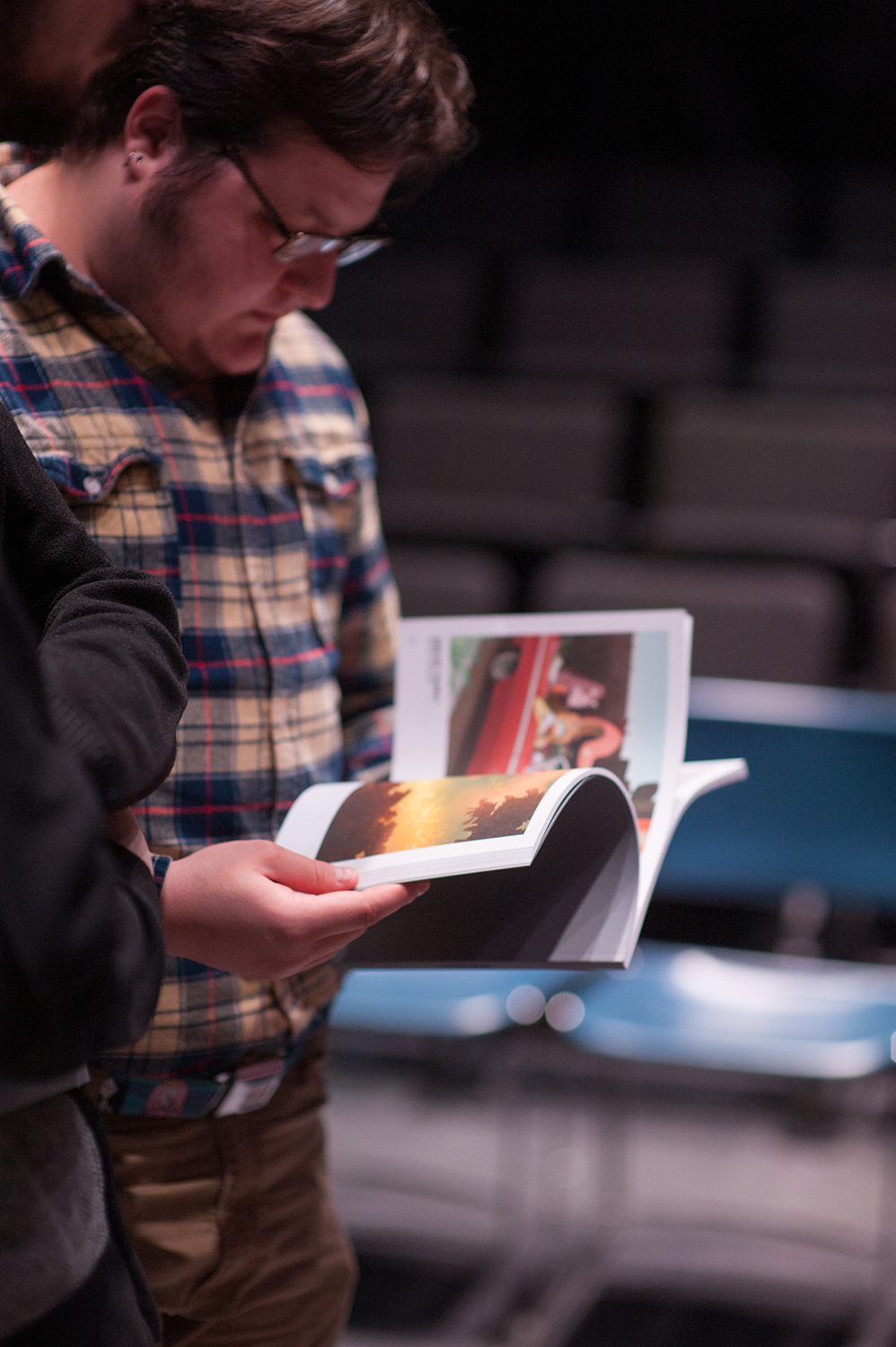 A guest at the 2018 Bravura Gala reads the current issue of the journal.

During Smith and Versaci’s tenure, Bravura won two national awards from the Community College Humanities Association, and Versaci remembered attending a conference in Chicago and sitting in a breakout session with other literary journal advisers.

“Almost everyone else I talked to had to hire editors, had to beg for money every year—they put a lot of energy into just ensuring its survival, and it wasn’t a teaching environment,” he said. “Here, it’s a learning experience for the students. We’re really lucky to have this at Palomar. Many community colleges don’t—even a lot of four-year schools don’t have anything like this.”

Rolens said she and Trujillo are spending the summer working on the strategy for their first issue of Bravura next year.

“We’re learning the ropes, we’re making sure it has the quality it has had for so long,” she said. “As we work, I think we’ll kind of figure out how we’re going to put our stamp on it.” 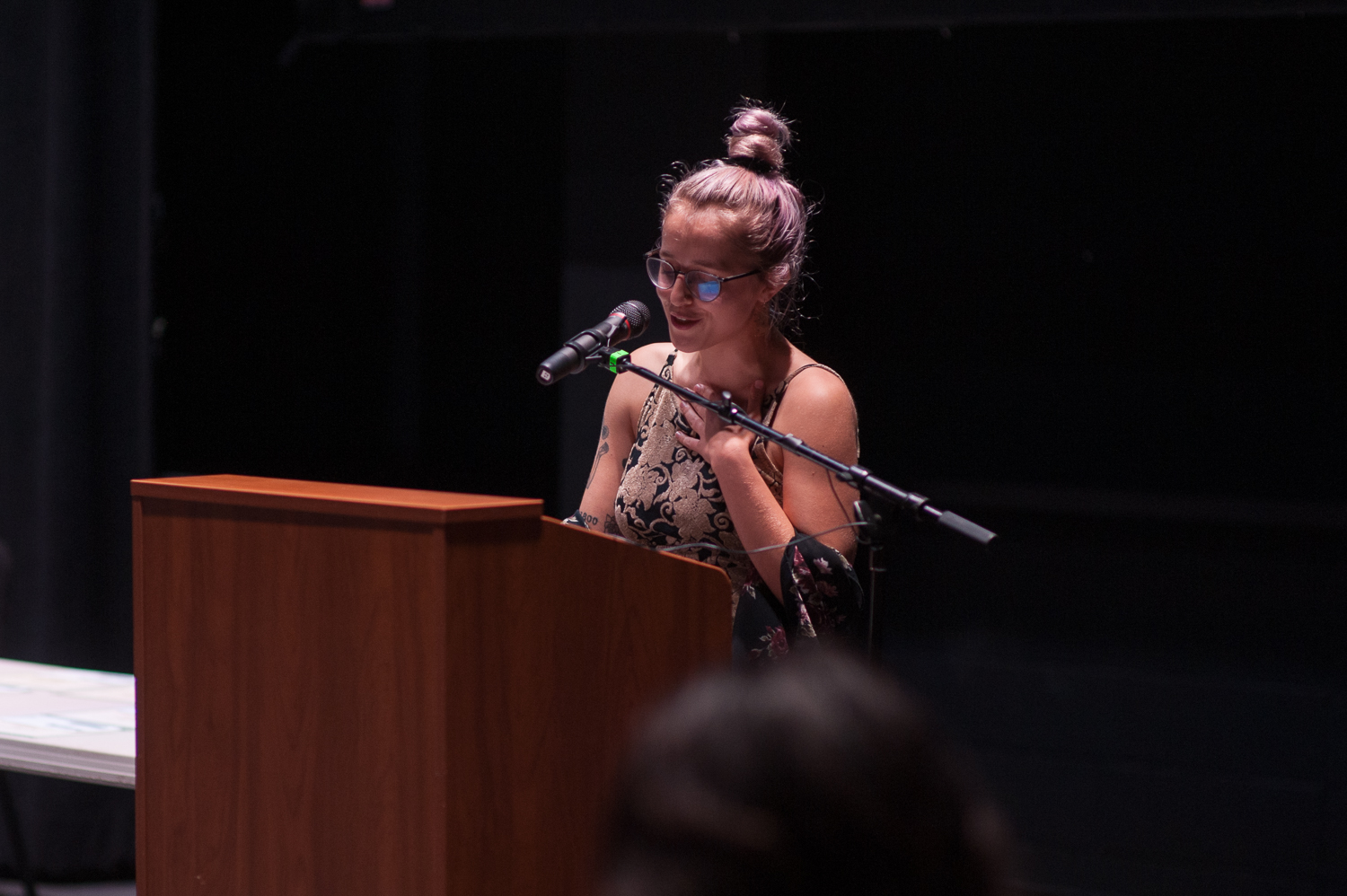 Joelle Schumacher, winner of the 2018 Editors’ Choice Award for Poetry, reading her poem, “The Softening,” at the Bravura Gala.

Ultimately, she said, Bravura represents the value of opportunity that Palomar can offer its students: “That’s exactly what a community college is supposed to do—to empower people, but also to prepare them for things beyond the community college.”

Students who would like to work on Bravura should enroll in ENG 137 in the spring, and students wishing to submit their creative writing, photography or artwork may do so by emailing bravurasubmissions@gmail.com. Submission information. 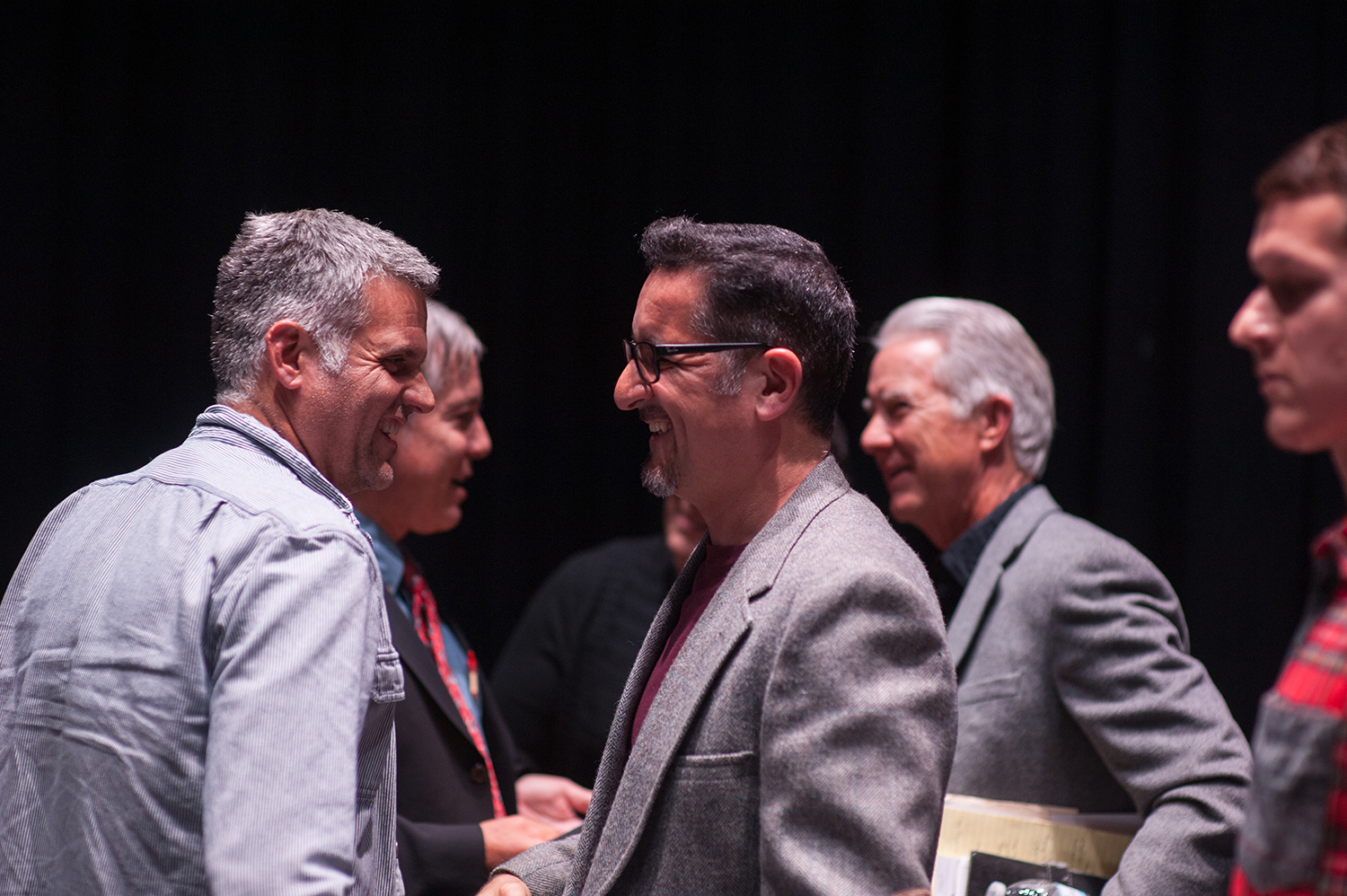