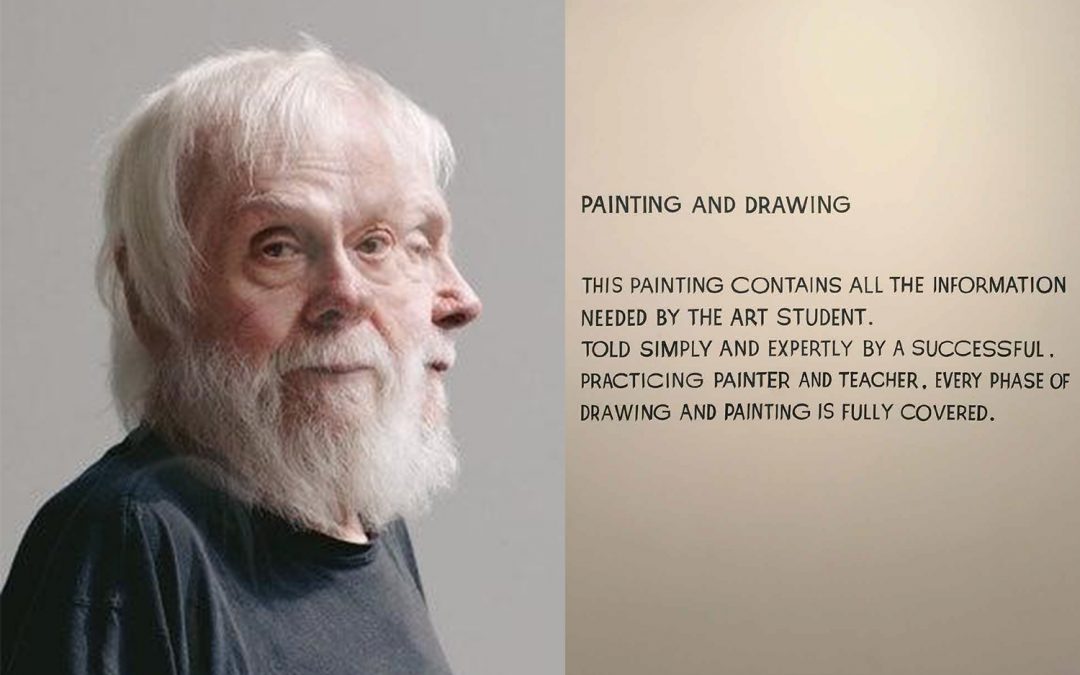 Palomar College’s Boehm Gallery sold a painting by the late John Baldessari last year, and the proceeds will create an endowment fund to expand and improve the gallery’s collection into perpetuity.

SAN MARCOS, CA (May 21, 2021) — The Palomar College Foundation is establishing a sizable endowment fund after the Boehm Gallery at Palomar College sold a long-held work, “Painting and Drawing,” in a private sale last fall.

Created in the late 1960s and considered an important example of Post-War Conceptual Art, the Baldessari was purchased for less than $2,000. The artist, it seems, was a friend of the Boehm’s first director, Russell Baldwin.

Justin Smiley, Dean of Arts, Media and Business Administration at Palomar, said that in selling the work, the college followed a strict “deaccession” policy—”a very specific process for removing a piece of art from your collection.”

The Palomar College Governing Board approved the sale last summer, and the funds were transferred to Palomar in two installments, with the final payment received recently. The Board also approved the arrangement of an endowment fund, managed by the nonprofit Palomar College Foundation, which will ensure significant annual funding in perpetuity for the Boehm Gallery.

“It will allow the gallery to expand the permanent collection, to develop programs, to provide academic support for students, and more,” said Stacy Rungaitis, the Foundation’s Executive Director. “We have many, many endowments, including scholarships, and one of the Foundation’s roles is to support and manage the institution’s endowments. That now includes supporting the long-term sustainability of the gallery.”

The Boehm Gallery at Palomar College was dedicated as a not-for-profit art space in 1966 and named after former Palomar College Dean of Humanities, Dwight Boehm. The gallery has steadily gained in stature locally, nationally and internationally, and typically features six exhibitions every year.

“With the establishment of this endowment, the Boehm Gallery is well-positioned to continue as one of the premier art spaces in North County,” said Interim Superintendent/President Dr. Jack Kahn. “The sale of this one painting will have a significant impact for years to come.”

Boehm Gallery Director Ryan Bulis said the decision to sell the painting wasn’t made lightly: “We knew what we had, both for its cultural and regional significance. Baldessari is an artist who was deeply connected to Southern California. We’re trying to look to the future and what it would mean to diversify the collection.”

“We felt that, ultimately, more good would come from this sale, in terms of our future vision for this space,” said Bulis. “It’s important to breathe some life into a collection that hasn’t purchased new artwork since the early ‘90s.”

Baldessari’s artwork has been featured in more than 300 solo exhibitions and in over 1,000 group exhibitions in the U.S. and Europe. His projects include unique works, prints, artist books, videos, films, billboards, and public works.

“John Baldessari passed away in January 2020, and the art department had some internal conversations about the value of the work, and the understanding that with his passing, there was probably going to be increased interest in it,” Smiley said.

The work was sold via private sale by Sotheby’s in New York in late October 2020 for an undisclosed price. According to pre-established deaccession policy, the proceeds must stay with the Boehm Gallery and cannot be used for operating costs.

“It’s obviously going to change the direction of the Boehm Gallery and provide them with a sustained income to diversify and improve the collection,” said Smiley.