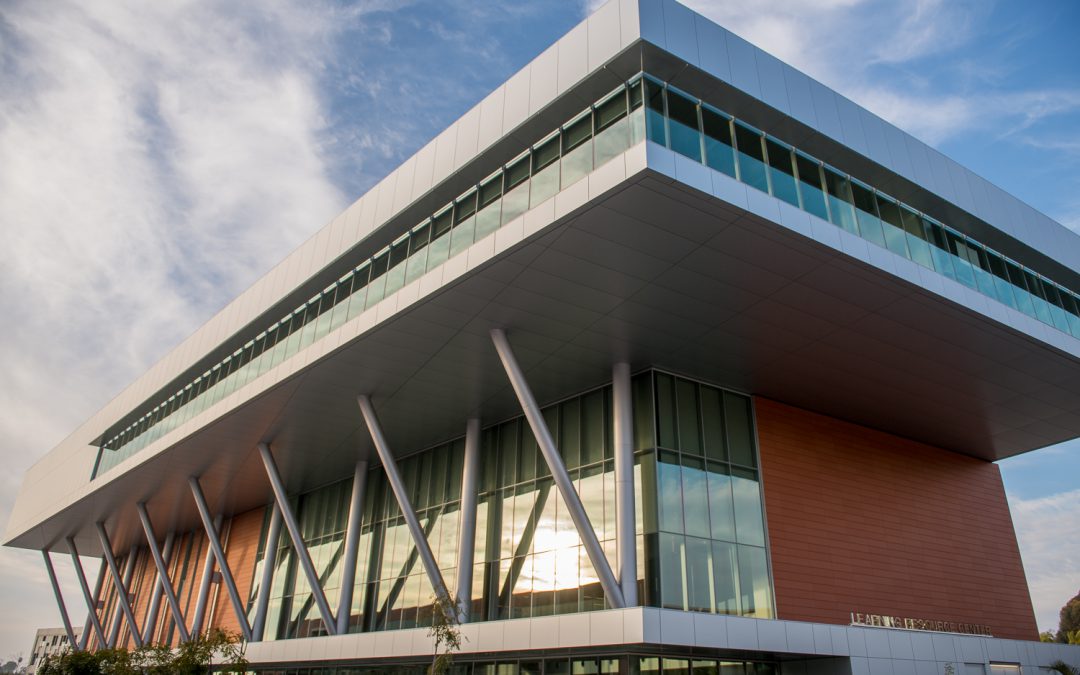 The Community College Facility Coalition recognizes two of the college’s most recent construction projects, including the Education Center in Rancho Bernardo.

The Rancho Bernardo Education Center and Library/Learning Resource Center (LRC) at the San Marcos campus were multi-year projects that created new opportunities for students and changed their respective landscapes. Each has been named for a CCFC award to be presented in November.

“This recognition validates the hard work that our Facilities team put into bringing these projects to life,” said Interim Superintendent/President Dr. Jack Kahn. “Congratulations are also due to our architect, LPA, Inc., whose designs have contributed so much to the beautification and modernization of our facilities.”

The CCFC is a “statewide coalition composed of community college districts, facility planners, architects, developers, financial institutions, attorneys and consultants.” It will present the awards virtually during its 27th annual conference on Wednesday, November 12.

The Rancho Bernardo Education Center opened in May 2018 following extensive renovations to a new office building that had never been used, upgrades to its accompanying parking structure, and various improvements to the 27-acre site west of Interstate 15 off Rancho Bernardo Road.

“We basically gutted the building, which had what we call ‘core and shell’—the shell being the exterior walls, and the core being the walls only around the restrooms, stairs and elevators,” said Dennis Astl, Manager of Construction & Facilities Planning at Palomar. “The rest of the floor plan was wide open for design improvements.”

To bring the building up to state building standards for community college facilities, crews added upgraded all of the structural steel, then added three stairwells on the outside of the building and built out the 110,000 square-foot interior.

The Education Center represented a major southward expansion for the Palomar Community College District, providing a convenient satellite location for students in the southern portion of the district.

The new Library/LRC that opened in February 2019 has now won five design awards, making it the second-most awarded project behind the Maintenance & Operations (M&O) building, which has garnered 14 awards.

The four-story, 85,000 square-foot building is built around an expansive entry atrium, with a variety of collaborative study spaces, classrooms, training and meeting rooms, labs, and other learning-centered areas.

“It’s a very student-centric design, and we tried to provide a lot of space for students,” Astl said. “Another major goal was to make it very well-lit with daylight, in contrast to the old library, which lacked appropriate lighting.”