‘A Good Night for Palomar’: 10 Emmy Awards for PCTV and Students 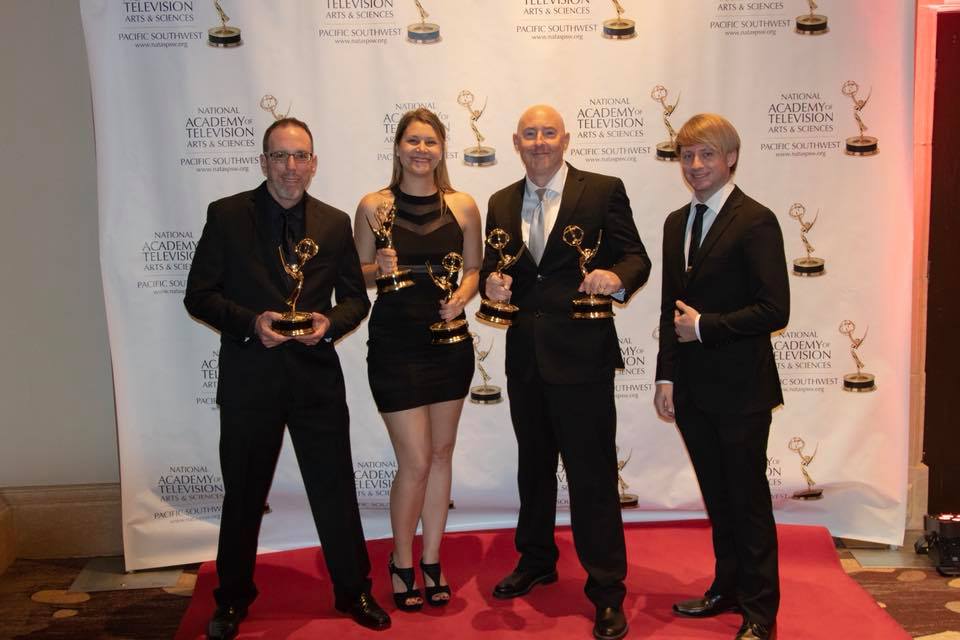 RANCHO MIRAGE, CA ― A Palomar College Television (PCTV) documentary won six Emmy Awards from the Pacific Southwest Chapter of the National Academy of Television Arts & Sciences on Saturday, June 16, in a ceremony that yielded a total of 10 Emmys for Palomar staff and students.

“Shadow of Drought,” which examines Southern California’s looming water crisis, brought home every award for which it was nominated on Saturday. Bill Wisneski, who produced the film with Mona Urban, called the ceremony in Rancho Mirage “a good night for Palomar.”

“It was the most Emmys we’ve ever won—seven total, and six for one film, which is a record for our department,” Wisneski said. “It’s amazing to receive this recognition from our peers. We’re competing against all the big TV stations and production houses in San Diego, and ‘Shadow of Drought’ was the most challenging project we’ve worked on—it really pushed our team to the limit. So it’s really nice when all that hard work pays off.”

Following are the 2018 Emmy Awards for PCTV:

The award-winning PCTV promotional piece can be viewed at www2.palomar.edu/pages/lit/. For more information about “Shadow of Drought,” visit www.droughtfilm.com.