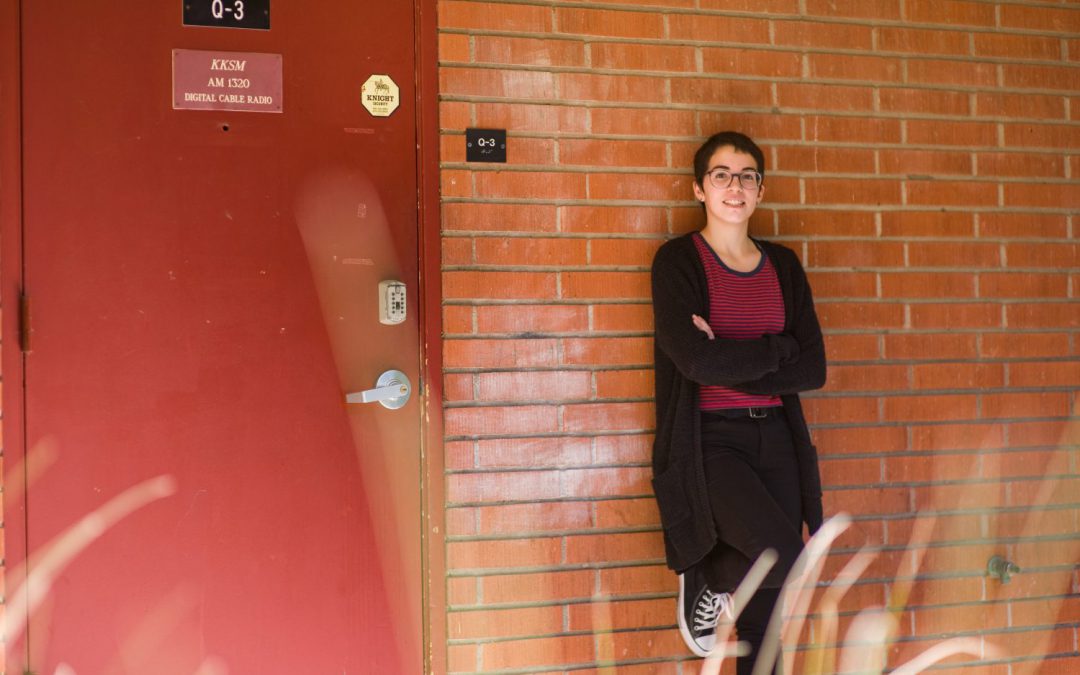 Pictured above: Palomar College student and KKSM staffer Lydia Arguello, who is up for “Best Audio Engineer” for the second year in a row.

SAN MARCOS, CA ― Palomar’s highly decorated, student-run radio station, KKSM, was nominated for a record 16 nominations by the IBS in its national competition, with two additional nods to the Digital Broadcast Arts program at the college. The winners will be announced during the awards ceremony on Saturday, March 2 in New York City, and Station Manager Zeb Navarro traveled with students to New York this week.

Named Best Community College Radio Station in 2017 and nominated again last year, Palomar’s KKSM radio station (AM 1320) was up for the top honor, and fielded 15 other award nominations.

Among the nominations, Kristina Thomas was named a finalist for Best Program Director, and for the second year in a row, Lydia Arguello was nominated for Best Audio Engineer; Arguello remains the first and only woman to be nominated in this category.

“These nominations mean that we are in the top 5 percent in the country for broadcast programs,” said Station Manager Zeb Navarro, who was also up for an award. “We are competing against four-year schools, faculty, volunteers, and students in these categories and just to be nominated is a true honor. It demonstrates the hard work and effort of the KKSM staff and students in producing quality, professional content.”

Regarding the number of nominations, Navarro added: “Did I mention this is our biggest haul yet?”

The finalized nominations, announced in January, include for KKSM:

KKSM is a 500-watt station that broadcasts 24 hours a day, 365 days a year, from the Palomar College campus in San Marcos, California. The station can be found on the radio dial at 1320 AM, simulcasts on Cox Digital Cable Channel 957, and is available worldwide on the web. For more information about Palomar College’s Digital Broadcast Arts program, go to http://www2.palomar.edu/pages/dba.