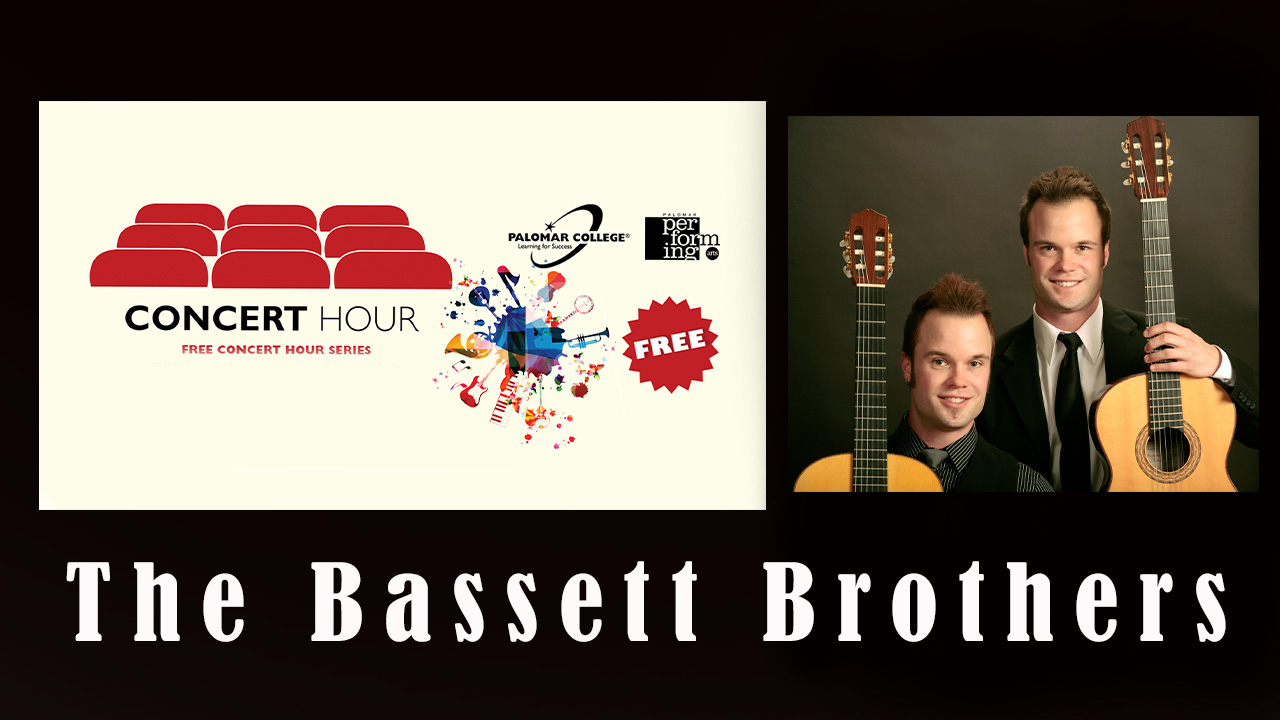 Due to Changing Covid Restrictions, this performance will be hosted on Zoom. You can register for Concert Hour By Clicking Here.

The Bassett Bros. are an identical twin guitar duo whose performances showcase a wide range of music from medieval to Metallica. Sean and Ian have played as a duo since the age of fourteen. Their diverse repertoire includes music from the Renaissance, Baroque, and Classical eras and spans to more contemporary genres like Rock, Blues, and Heavy Metal.  Through a mix and match of varied styles, the brothers provide unique interpretations of concert hall classics. The twins believe that even the most complicated works of music should be accessible. They enjoy creating an inviting atmosphere for any crowd! The duo has performed for a multitude of audiences in concert venues, schools, libraries, churches, fairs, outreach programs, veterans centers, and private events. This season the duo has performances in Las Vegas, Green Valley, AZ, and Artesia, New Mexico.

Originally debuting in the rock act Eradicate, The Bassett Bros. began playing guitar together in their early teens. They performed in clubs and venues all over Southern California, including The Roxy in Hollywood. As their thirst for knowledge increased, they traded their electric guitars for classical to pursue an education at San Diego State University under the tutelage of Fred Benedetti. Both brothers were awarded a Bachelor of Music in Classical Guitar Performance and a Bachelor of Science in Business Administration as a Management Majors upon graduating SDSU in 2009. Next they attended the world-renowned San Francisco Conservatory of Music and studied Classical Guitar under Lawrence Ferrara. While attending the conservatory, they performed in Master Classes under the Katona Twins. Attending SFCM gave them the chance to perform for faculty guitar heavyweights David Tanenbaum, Marc Teicholz, Sergio Assad, and Richard Savino. Sean and Ian both earned a Masters of Music in Classical Guitar in 2012.

The Bassett Bros. currently reside in San Diego where they teach private lessons, coach small groups, and give classes through their own company, The Music Joynt. Additionally, Sean currently teaches Guitar Ensemble, Guitar Methods, and Private Studio Instruction in Classical Guitar at SDSU. Aside from teaching students in the degree program, Sean also teaches guitar to the students of the SDSU Community Music School. Their YouTube channel features performance videos and instructional tutorials, as well as archiving their many costumed appearances at San Diego’s Comic-Con International. In their time off, the twins enjoy cooking, surfing, the outdoors, keeping fit, and reading comic books.

You can register for Concert Hour By Clicking Here.