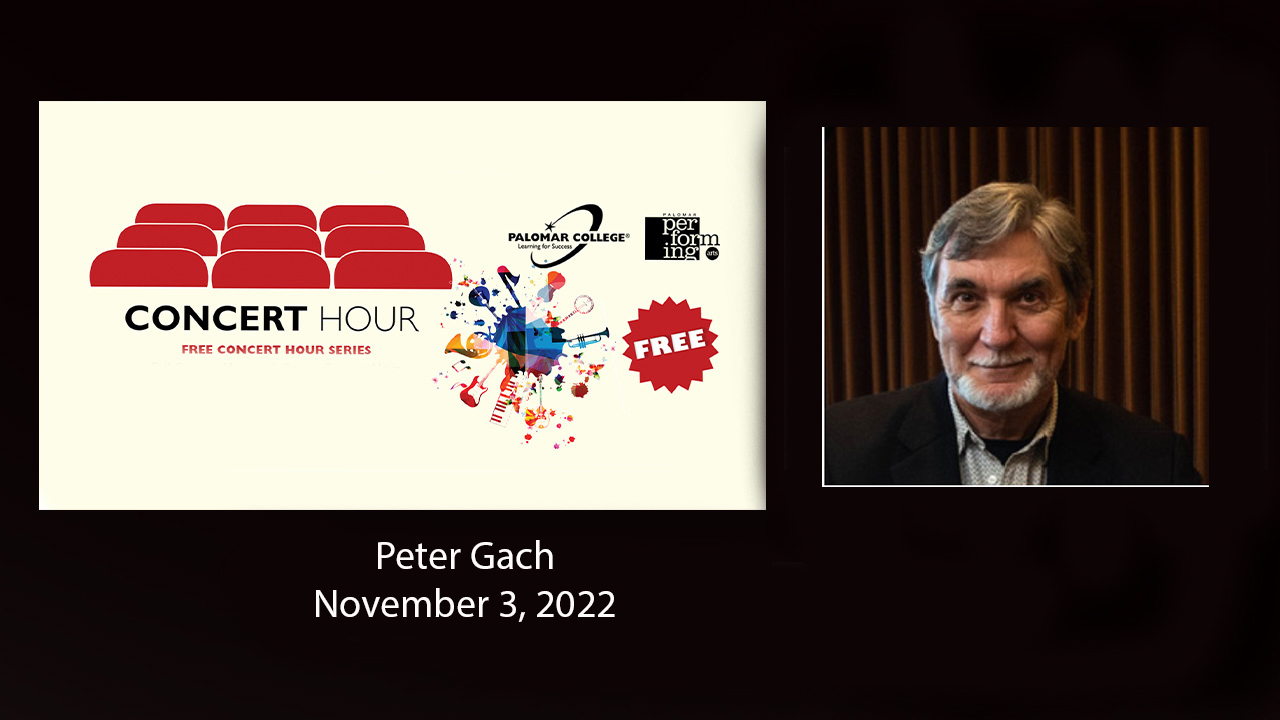 Peter Gach is a pianist of wide-ranging musical interests.  His repertoire extends from the complete Well-Tempered Clavier, Vol. II of JS Bach, to contemporary works written especially for him. He has premiered works by SoCal composers Benjamin Krause, Norm Weston, William C. Bradbury, Madelyn Byrne among others and actively commissions new music for the piano.  Performances of works by many of these composers are featured in the CD ‘Fresh Piano’ he has recorded for the Innova label.  Gach has also recorded the music of Chopin and Scott Joplin. He is also known for his engaging and informative lecture-recitals.

He holds degrees from Indiana University, the University of Arizona as well as post-graduate studies at the Warsaw Conservatory in Poland. There he studied with Jan Ekier, editor of the Complete Works of Chopin in the Polish National Edition.  A recipient of a Kosciuszko Foundation Grant, he was the only North American student to be admitted to study with Ekier. Fluent in both Polish and French, Gach has made a lifetime study of the works of both Chopin and Karol Szymanowski (1885-1937.)

He is Professor Emeritus at Palomar College, where he was Chairperson of the Performing Arts Department (Music, Theater and Dance) and Artist in Residence in Piano. He was awarded First Prize in the “Chopin in the XXIst Century” Competition at the 26th Annual International Catholic Festival of Multi-media and Film in Poland for his video recording of a Lecture- Recital on the Four Ballades of Chopin.

Gach continues to perform, with special emphasis on performances to raise funds for causes he supports.  These have included concerts for the Museum of Making Music Educational Fund, Women Veteran’s with PTSD, the North County Serenity House, and a series of benefit recitals for the Hidden Valley Zen Center. He has performed throughout the US and Poland.

Since the onset of Covid-19, Gach has begun recording piano repertoire and improvisations in his studio.  These recordings, as well as his journal “Notes from a Studio” are available on his website:  petergach.com. He has commissioned a major solo piano piece from composer Benjamin Krause, which will receive its premiere in 2022.