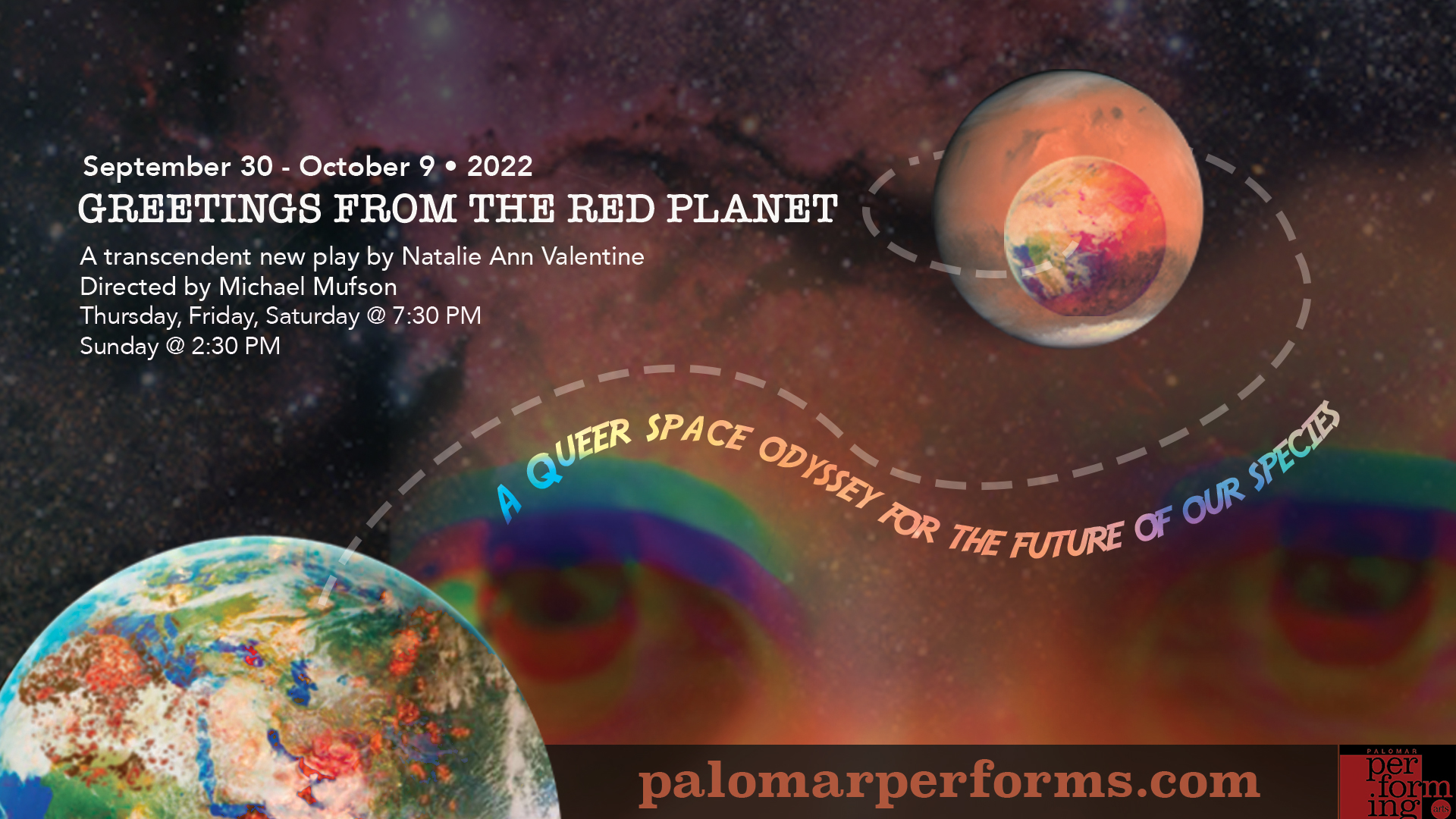 Open Call for BOTH Fall Productions

GREETINGS FROM THE RED PLANET

Description: A Queer Space Odyssey For The Future of our Species. In the not-so-distant future, Arin, a gender fluid barista, wins the lottery to be the first person on a one-way trip to live on Mars while our planet races towards climate collapse.  Alone on the spaceship Resilience, Arin experiences the weirdness of time, as their past, present and future collide to reveal the power of vulnerability, honesty and human connection on a frail and failing planet.

ARIN RAMOS-ROMAN: (already cast) Non-binary. Uses both she/her and they/them pronouns. 30s, the first person chosen to go on a one way trip to Mars. Barista. Married to Tess. Bright but not especially ambitious.

DOROTHY ROMAN: Woman, uses she/her. Old enough to be ARIN and EMILIA’s mom. She is a good mom who gets in her own way.

CLERK: Any age, any gender.

THE GODS OF COMEDY

Description: A young classics professor in crisis calls on the gods of Ancient Greece to save her love life and career—but it’s not the gods of love who show up to help… a hilariously divine new play by comic master Ken Ludwig (Lend Me A Tenor) filled with madcap mayhem, a touch of romance, and lots of laughs.

DAPHNE RAIN: A young and esteemed American Classics professor from a liberal arts university. Daphne has a fiercely independent spirit and is on the verge of the adventure of her lifetime.

DEAN TRICKETT: The Dean of the Classics Department. A lusty 55-year-old “force of nature.”

RALPH SARGENT: Thirty-five year-old Hellenistic studies rising-star. He is work-obsessed, bursting with energy, and on the hunt for a ‘lost’ Euripides play, a find which could make his career and change the course of theater history.

ALEKSI:  A Loveable university custodian with a deep appreciation for ancient culture and art.

DIONYSUS: Celebrated Greek god of wine, fertility, revelry, and misrule incarnated here as a God of Comedy on a mission from his father Zeus.

ARES: The Greek God of War who is loud, intimidating, quick to be aggressive, and physically no match for opposing mortals.